Yes indeed, there is such a thing

In November 2012, Cornelius, a stray kitten of only two-and-a half months, was found at the side of the road, skinny and seriously injured, having been hit by a car. He was rushed to the Abbotsford, BC SPCA and seen by a vet, but the prognosis wasn’t good—a rear leg would need to be amputated. He was too small and weak to immediately undergo surgery, so he was placed with a foster family, where he recovered amazingly. Taken back to the vet for reassessment, it was discovered he wouldn’t need an amputation after all, but would need surgery on both his hips. Wonderful news, but still, rehabilitation would be necessary.

Enter Kendall De Menech of Abbotsford, BC’s K9 H20. An experienced animal aquatherapist, De Menech has twelve years of experience treating injured and overweight dogs and, yes, cats. She donated aquatherapy services to Cornelius to rebuild his muscles and tendons in a low-impact environment. De Menech creates a calm environment and floats her feline clients gently on a mat in a shallow area of the aquatherapy pool. After lots of love, the cat will eventually swim to shore. De Menech says that the cats always make the choice to be involved in their own recovery, and many cats come to love to swim.

Though now recovered, Cornelius continues to swim (he has worked up to a pool-length!), as do his siblings, the cats of his foster family (who, by the way, ended up adopting him). Cornelius has even swum with a dog and a guinea pig, as K9H20 doesn’t discriminate against species. Among hundreds of rehabilitated dogs, they have also offered aqua therapy to a miniature horse, a fawn, a skunk, a swan, ferrets, hedgehogs, guinea pigs, a lamb, and, yes, cats. Find out more at k9h2o.net.

Check out Cornelius' progress below 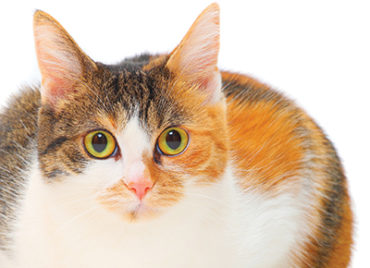 Nutrition How to Prevent Obesity In Pets 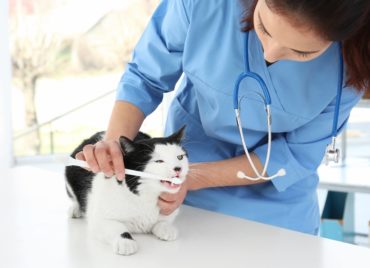