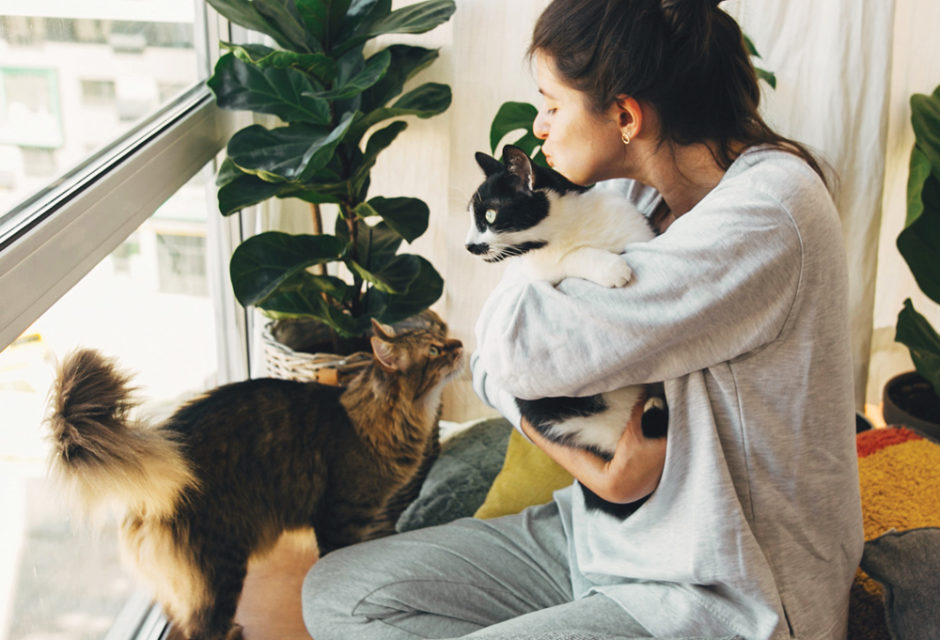 Are You a Cat Whisperer? A Few Adept People Can Read Feline Expressions

Olivia Canlas knows a thing or two about cats. As the CEO of Meowbox, a curated monthly cat subscription box company, she has met hundreds, if not thousands, of pretty kitties.

“I am constantly inundated with cats,” she laughs.

It’s not just ones she’s meeting in real life either. She also oversees Meowbox’s Instagram account, which is all things cats. With 728,000 followers and growing, she’s constantly interacting with cats and cat lovers.

So when she took a now-viral test that gauges how well people can “read” feline facial expressions, she was not surprised to get a very high score.

“I think it surprised me more that I could recognize what was going on—the small nuances were the things I picked up on,” she says. 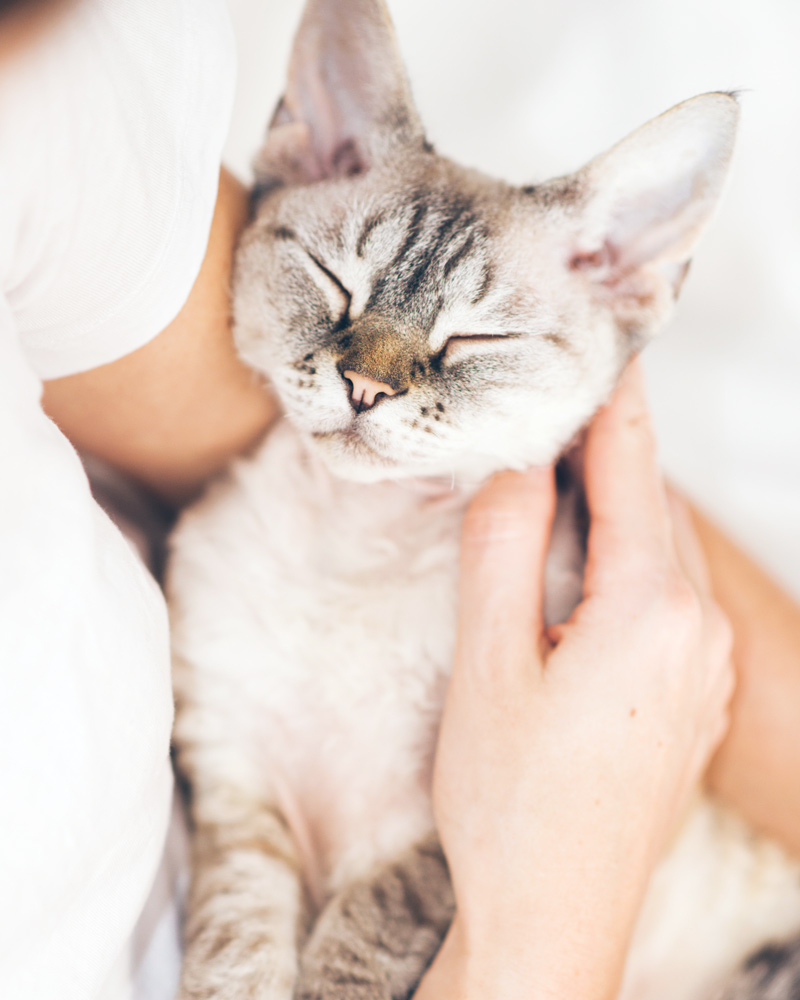 Canadian researchers at the University of Guelph created a “Cat Faces Quiz” to see how well people can decipher facial expressions of cats. Those who excel are deemed, you guessed it, cat whisperers.

The researchers compiled 20 short online cat videos, mostly from YouTube, showing felines in a range of positive and negative situations and emotional states, like happiness or fear or anger. That could be a cat seeking out being petted or getting treats, or experiencing health problems or a stressful situation—like a vet’s office—where they were trying to flee.

Then people taking the quiz were asked to decipher whether the cat was feeling positive or negative.

To make sure people were only able to judge facial expressions, the videos purposefully focused on the cat’s face, including its eyes, muzzle and mouth, and kept their body out of frame. Other, more well understood external expressions like bared teeth, flattened ears were not used. And the clips were kept silent so you couldn’t hear verbal cues like hissing or purring.

“We were specifically interested in facial expression so we had to obscure the other points so that you couldn’t see the tail position and body. In reality, you’d be reading an array of body cues but we got rid of those, and background cues, like if a cat was in a sunny windowsill or vet’s office,” said researcher and behavioural biologist Georgia Mason.

Mason wanted to create the test because until then, researchers hadn’t looked closely at positive expressions in cats and the research was mostly focused on pain.

Initially, the online video questionnaire was completed by 6,329 people from 85 countries in late 2019.

But what the researchers didn’t expect was that the interactive online Cat Faces Quiz it created for fun based on its published research would blow up and go viral.

They started getting a thousand results each day since it went live. Now at least 300,000 people have taken it.

“It’s gone all around the world,” says Mason. “It’s absolutely remarkable. Every now and again I get random emails from Taiwan.”

Because people chose to take the initial test, what is called “self selected” in the academic world, there were hardly any cat indifferent people who completed the quiz.

But being a cat owner or absolutely loving cats had no bearing on the test results, says Mason.

Results were wide ranging. The average score on the initial test was 12 out of 20, which works out to being just above chance. Most found the test challenging. Only 13 percent of respondents correctly answered 15 or better, what researchers considered outstanding, and informally referred to as “cat whisperers.”

“Women are better at reading facial expressions and for whatever reason be it training or biology we have an edge when it comes to humans and that extrapolates to cats,” says Mason.

In terms of people with a veterinary staff background having a higher skill level at decoding facial expressions, Mason chalks it up to an “order of magnitude.”

And also a job necessity, when you are scrutinizing the behaviour of cats to identify pain and sickness, and also to avoid being bitten or scratched by a vexed feline patient.

“Women are better at reading facial expressions and for whatever reason be it training or biology we have an edge when it comes to humans and that extrapolates to cats.”

“Vets would see cats in a range of different emotions and the more grim end of things. Like radiation, figuring out is treatment complete, is the pain med dosage correct? They’re making decisions where reading expression matters where for most of us the stakes are really lower,” she says.

“Whether they ‘just know’ or whether instead they can explicitly articulate what they’re identifying, we simply don’t know as yet.”

Pilot data—aka anecdotes—from cat lovers suggested that people who answered based on “gut feel” seem to score better results. That was true for Olivia as well.

“It felt pretty instinctive. Like I have seen all those cat behaviours and for me I was recognizing something I’ve seen before,” she said.

In addition to the cats she sees through work, online, and in real life, she’s also the “cat mom” to Zac and Harvey, and has spent even more time with them through the COVID-19 lockdown months.

“Being home all day, they’re all over me, all the time,” she jokes. “We spend a lot of time together.” 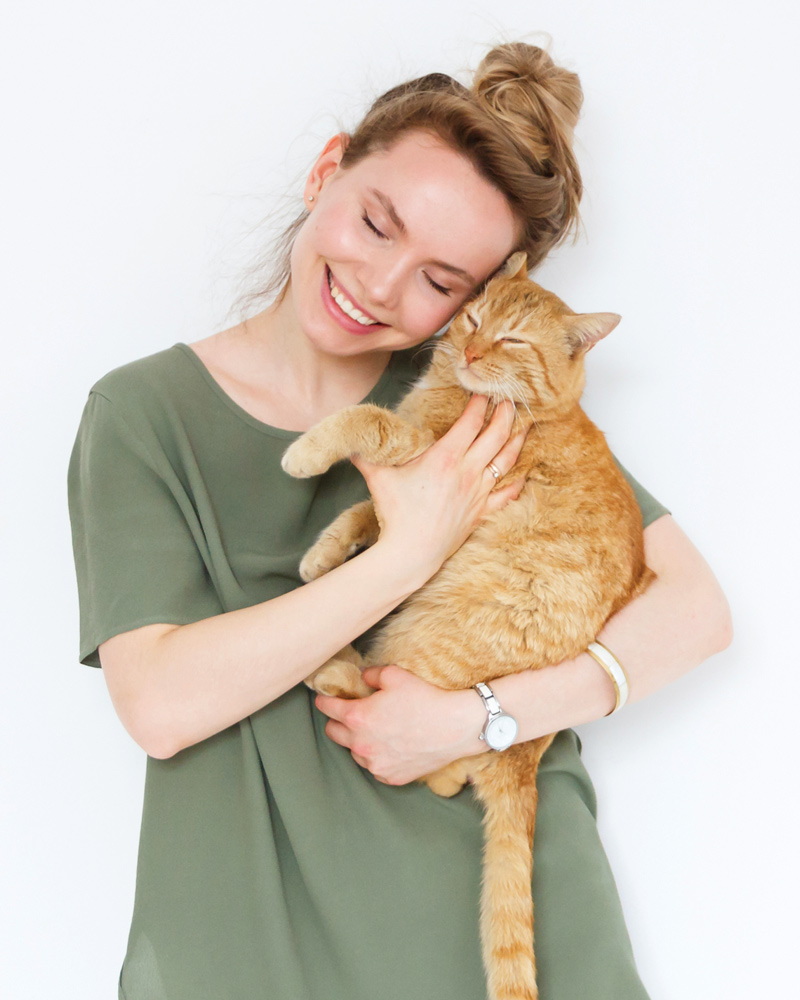 Where do we go meow?

With researchers concluding that cats—like humans—change their facial expressions based on their emotional state, the question now is how that can be extrapolated to help and guide pet owners.

If you could be trained to read your cat’s facial expressions you could potentially strengthen the human-animal bond, and as a waterfall effect, improve cat care and welfare.

After the viral success of the cat faces quiz, Mason and Dr Lee Niel, who runs a Companion Animal Welfare Research Lab at UoG, are hoping to recruit graduate students to follow up on the research and build on it.

They believe someone could go through and score the videos to formally characterize the subtle changes in expression. From there they could create videos: little crib sheets or “how to” explainers that could help pet owners read their pet.

“And we could see if that even works. Are cat whisperers born or made? If it’s learned, can training help or does it have to be via real live on-the-job experience?” says Mason.

“Either way, we’d love to know what subtle things cats are doing with their faces, that the skilled can read—but most of us can’t. It could teach us more about the evolution of facial expressions.”

But don’t expect to see any more cat-related research from Mason on the horizon, unfortunately.

“I mainly work on mice, ironically,” she says 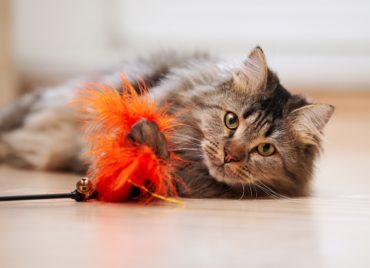 Behaviour How to Get My Cat to Play 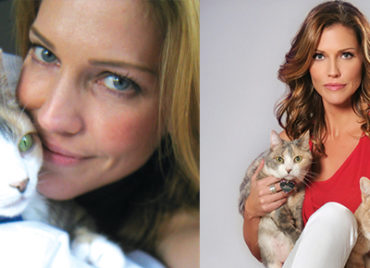 Behaviour A Q & A with Tricia Helfer
Comments (2)