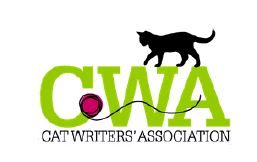 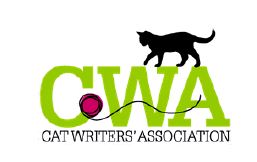 Recognizing the new cattitude in all things related to cats, the Cat Writers’ Association (CWA) is calling all cat loving writers, bloggers, artists, photographers, and videographers to submit to its prestigious contest. Up for grabs? Prestige and the chance to win special awards offering more than $10,000 in prize money! Entrants are encouraged to submit their cat-centric work, which will then be evaluated by a panel of professionals, including writers, artists, video producers, veterinarians and other highly credentialed judges.

The top submission for each category will receive the coveted Muse MedallionTM. In addition to the highly sought-after Muse Medallions, numerous special awards, many including cash awards, are also available through the generosity of corporate and private sponsors. The winners will be announced at the 2016 CWA Conference at a specially scheduled awards banquet.

“We want everyone to know while we began as a writing organization, the contest is not limited to writing. Writing is at the core of what we do, but the amount of creativity in the cat communications world has exploded, especially online. All the judges are looking forward to seeing the breadth of all the entries. As prior award winners, we can all attest to the value of winning these awards,” said Arden Moore, award-winning author, radio host, pet first aid master instructor and CWA 2015 Contest Chair.

This year’s contest is also unique because there are many additional opportunities to submit cat-centric work. The 2015 contest includes 54 regular categories and at least 16 special awards. Candidates also have an extended time frame for eligible work, as the CWA has expanded the entry eligibility period for this year’s contest to 18 months instead of the one-year time period in prior years. Entries must be published between June 16, 2014 and December 31, 2015 to be eligible, and postmarked no later than January 19, 2016 to be eligible to compete in this contest.

In November 1994, the newly formed Cat Writers’ Association, held its first writing competition. Founding member, the late Karen Kuykendall, designed the coveted Muse Medallion. Karen was also the first recipient of a Muse Medallion. The Muse is awarded to the best work of like kind, such as newspaper articles about health and general care, magazine articles about behavior, or newsletter columns. The special awards go to the entry that best covers a specific topic.

Below are the links to the 2015 CWA Communication Contest entry forms for regular and special award entries, as well as the complete contest rules. The complete rules are also found at the CWA Contest page. Highlights of the rules include: