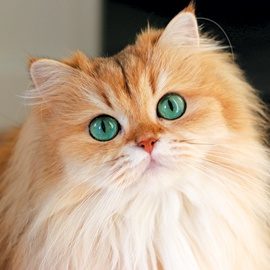 The Cat With 1.3 Million Followers 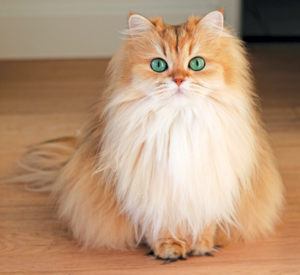 With her piercing emerald eyes and glorious mane of hair, Smoothie, a golden-shaded British Longhair cat, was pretty much made for Internet stardom. Her whopping 1.3 million Instagram followers clearly agree.

The man behind the cat is 30-year-old Arvid van Boekel. Arvid started Smoothie’s Instagram account back in 2015 when Smoothie—or Smoothepetoote, as he affectionately calls her—was one year old. It was mainly because “my friends told me that I posted too many cat pictures on my personal Facebook account,” he laughs. “I was looking for a medium where I could just post all the lovely pictures of Smoothie. It was never my intention to become so big. It just happened.” Once Arvid created the account and started to post pictures regularly, there was an immediate response, he recollects. “People were wondering what kind of cat she was; they couldn’t really figure it out.”

The real tipping point in Smoothie’s popularity however, was when in early 2016, Bored Panda declared her “The Most Photogenic Cat In The World.” Her number of followers skyrocketed.

“I was already completely shocked when we reached 100,000,” Arvid says, “and it never really stopped. Now she’s at 1.3 million followers and among the biggest cat accounts.”

It was never my intention to become so big. It just happened.

Note that such a following is no happenstance occurrence. Arvid concedes, “It takes a lot of time—at least a couple of hours every day, seven days in the week. It’s so much more than just posting pictures. It’s about creating the perfect shots, coming up with clever captions, responding to messages and emails, doing interviews and collaborations with brands and charities… And that’s next to playing with the cats, giving them all the love they deserve, grooming them every other day, and having a full-time job. It started as something really easy, but grew into something much bigger.” 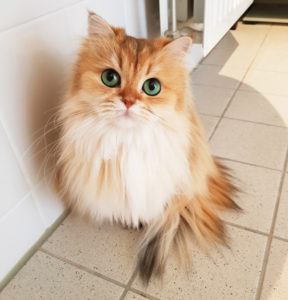 Since last year, Arvid also runs a YouTube page so he devotes additional time to filming and editing. His goal is to create and share more advice videos, sucth as his post demoing how to introduce two cats, which has received over one million views to date.

Though managing Smoothie’s social media undeniably represents a serious time commitment, it’s decidedly a labour of love. “I would definitely never stop; I like it so much,” Arvid says. “The people in the cat community are so loving and caring and they certainly became an important part of my life. There are people that can’t have cats themselves so they see Smoothie as their digital cat. Her amount of followers is just a number, but these kinds of stories are what make it so special.”

Bonus! Click here to see the top 10 tips for taking better photos of your cat from Arvid Van Boekel, the man behind @SmoothieCat