For those of us that love cats and harbour interior design aspirations, this Cat Shelter Makeover will stoke the creative fires!

Mario Arbore of cat furniture design company Square Paws landed a dream job when he took on a major renovation project for the Patricia H. Ladew Foundation’s cat sanctuary in historic Oyster Bay, NY.
Dr. Susan Whittred, the Executive Director at Ladew, had seen Arbore’s work in the Billy Joel rooms at North Shore Animal League America in Port Washington, NY, and tapped him to lead the project. Acting as the interior design architect as well as millworker, Arbore was tasked with creating a dream interior for cats inside a historic house. The results could not be groovier. 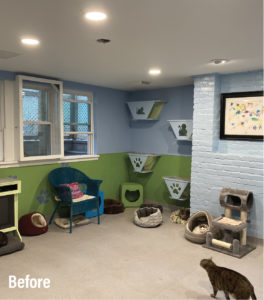 Design intent: Create a neutral colour environment on the walls (help the adoptable cats stand out!) and use the client’s signature blue and green colours in combination with natural wood finishes and newly added warm orange and red colors as accents in the spaces. 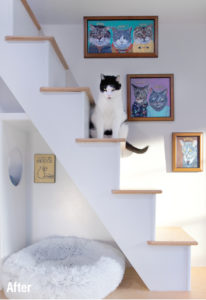 “I asked Susan for some background on Patricia Ladew,” says Arbore. “I learned that Pat was an heiress to the Standard Oil fortune. Although Pat had broken away from her family’s pedigree and blazed a path as an artist, she unexpectedly found herself with new-found money in the 1970’s and decided to use her inheritance to buy this old house, pay two caretakers to live upstairs, and have the downstairs reserved for homeless and special needs cats that she and her friends had been saving in the New York/Long Island area. The NYC tabloids labeled Pat an ‘eccentric’ heiress, which was an unfair exaggeration. For Pat to allow these cats to roam the house freely was a forward idea in the 70’s—she was way ahead of her time!”

“Allegorically, we were taking a cue from the media flack that Pat Ladew received in the 70s when she bought the property as
a sanctuary for stray and homeless cats”

Cool detail: They were able to get in touch with an old friend of Pat Ladew’s, designer Anders Wenngren, who compiled a really cool graphic of all the articles as a tribute to Pat in one of the rooms. 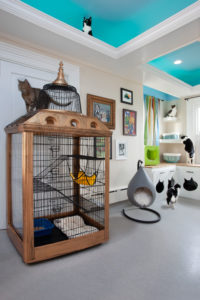 Arbore proposed to Dr. Whittred and the Board that they do a kind of “retrovation”—to renovate, but in a way that was very retro in style, and to make it seem like the cats were just an average suburban family that owned this house. 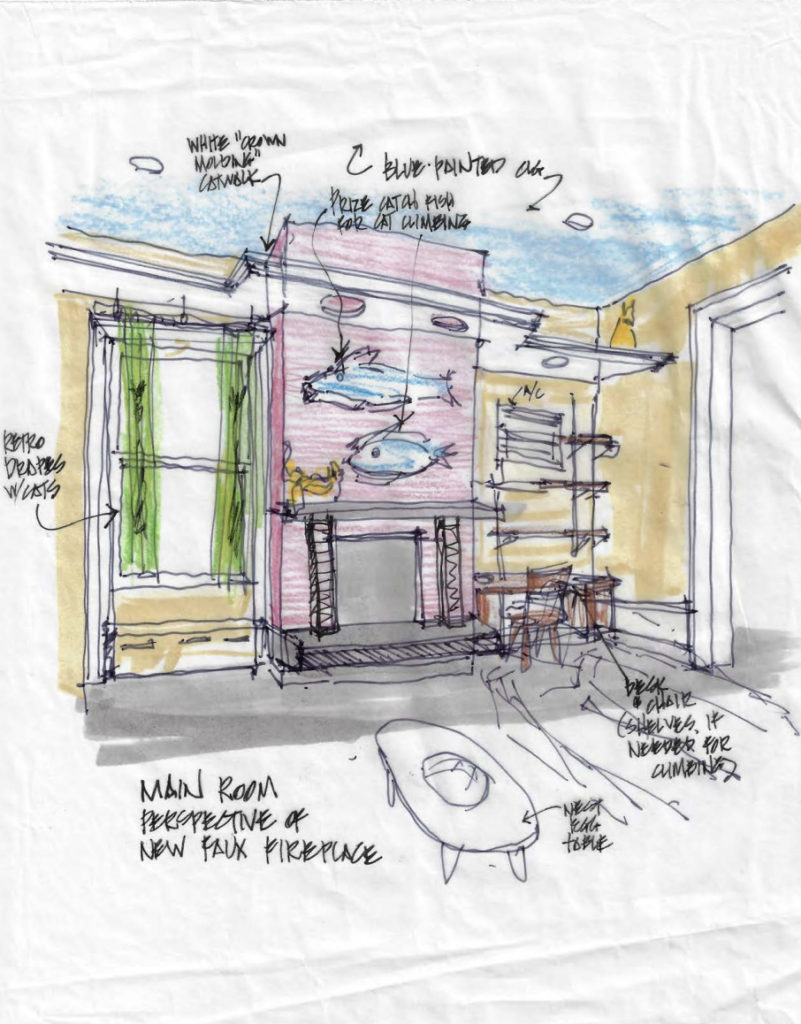 “We wanted it to appear somewhat ‘locked’ in time, somewhere in the 1970s with various fixtures and furniture that were eclectic of the 50s, 60s and 70s, mostly in a mid-century modern style,” says Arbore. “And the fable we created was that the husband of this cat-family was an Oyster Bay fisherman, a somewhat bygone occupation in that area these days.”

The board loved the idea and the project was greenlit—the reno was underway!

The reaction:  During an early tour of the almost-complete renovation, one of the folks walking through—apparently more of a “dog person” than a “cat person”—ended up feeling a connection with one of the kitties and subsequently adopted her, says Arbore. “That’s always our ultimate goal with renovations like this,” he says. “If we can create spaces that entice people to come and explore and linger a little, then the chances of cat adoptions are multiplied. If we can make that kind of difference, then we’ve done our job.” 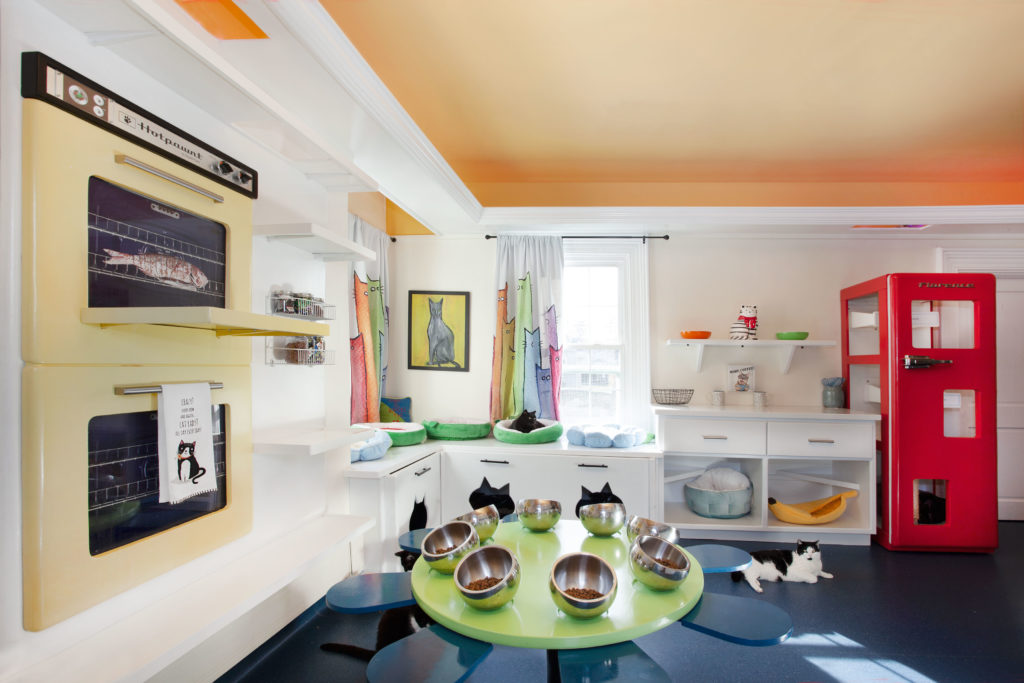 Verdict:  “It is better than I could have imagined. Everything is super easy to clean and looks amazing,” says Dr. Whittred. “The cats are having a great time exploring and they have plenty of cubbies and spaces for alone time if they choose. We couldn’t be happier!” 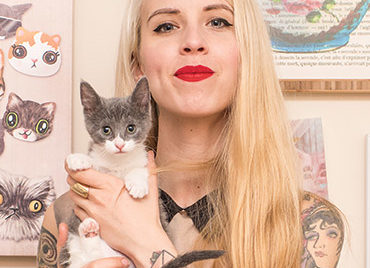 Daily Meow The Coolest Job Ever 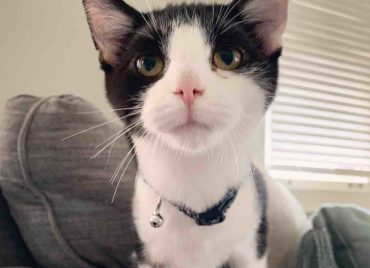 Cat Culture How to Foster a Cat: The Unsung Heros of...
Comments (0) 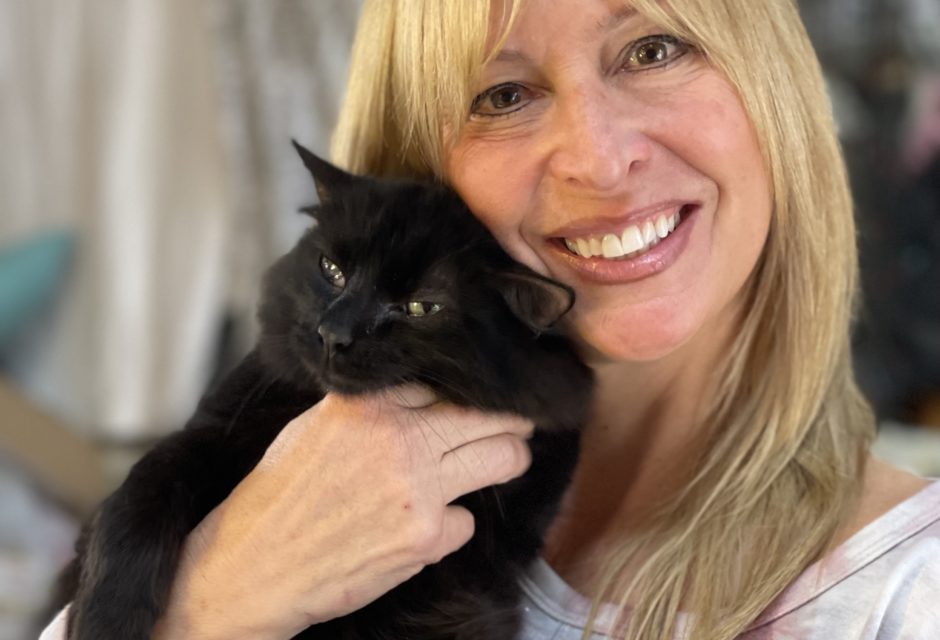