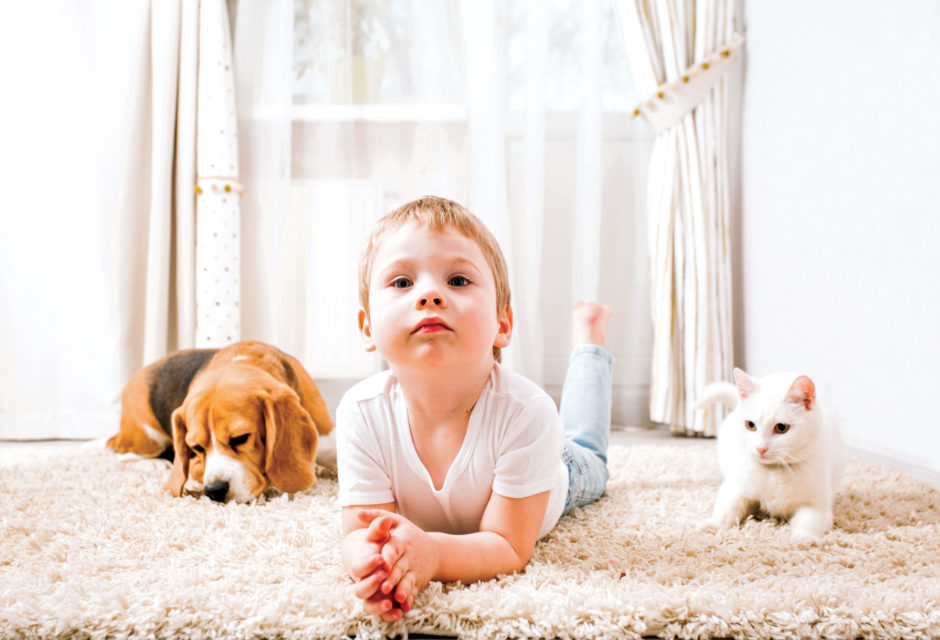 Cats and Babies Are There Health Risks?

Babies & children are healthier in homes with pets—and the more the better!

Cats and babies health risks, should you be concerned? Have you ever heard about the risks of having cats and dogs around infants and children but wondered if they were true or rumors? We asked the amazing Dr. Katy Nelson, DVM, veterinarian, mom, and advocate, whether cats and dogs pose a health risk to babies and kids. Turns out there are some significant health benefits, from fewer childhood illnesses to a reduction in allergy development. Read on for a compelling reason to adopt another cat.

Q: Is it okay to have pets around a new baby? Are the cats and babies health risks something to be concerned about?

A: Parents will move mountains, part seas, and do pretty much anything humanly possible to protect their little ones. Preventing common illnesses like colds, flu, and infections is no exception, so it makes sense that some parents are wary around potential “germ hubs” like animals or other children. However, when it comes to household pets, shielding your child from dirt and dander from pets isn’t doing him any favors.

While it is true that cats and dogs are generally considered dirtier than humans because of their exposure to unsanitary floors and the great outdoors, science has proven that their presence actually helps young children stay healthier during childhood and develop fewer allergies as adults. A large body of research suggests that this protective effect may be due to early exposure to the various bacteria carried by cats and dogs. Exposing young children to these bacteria early in life helps prime and train their immune systems early so that they’re stronger and better able to resist illness and allergies down the road. 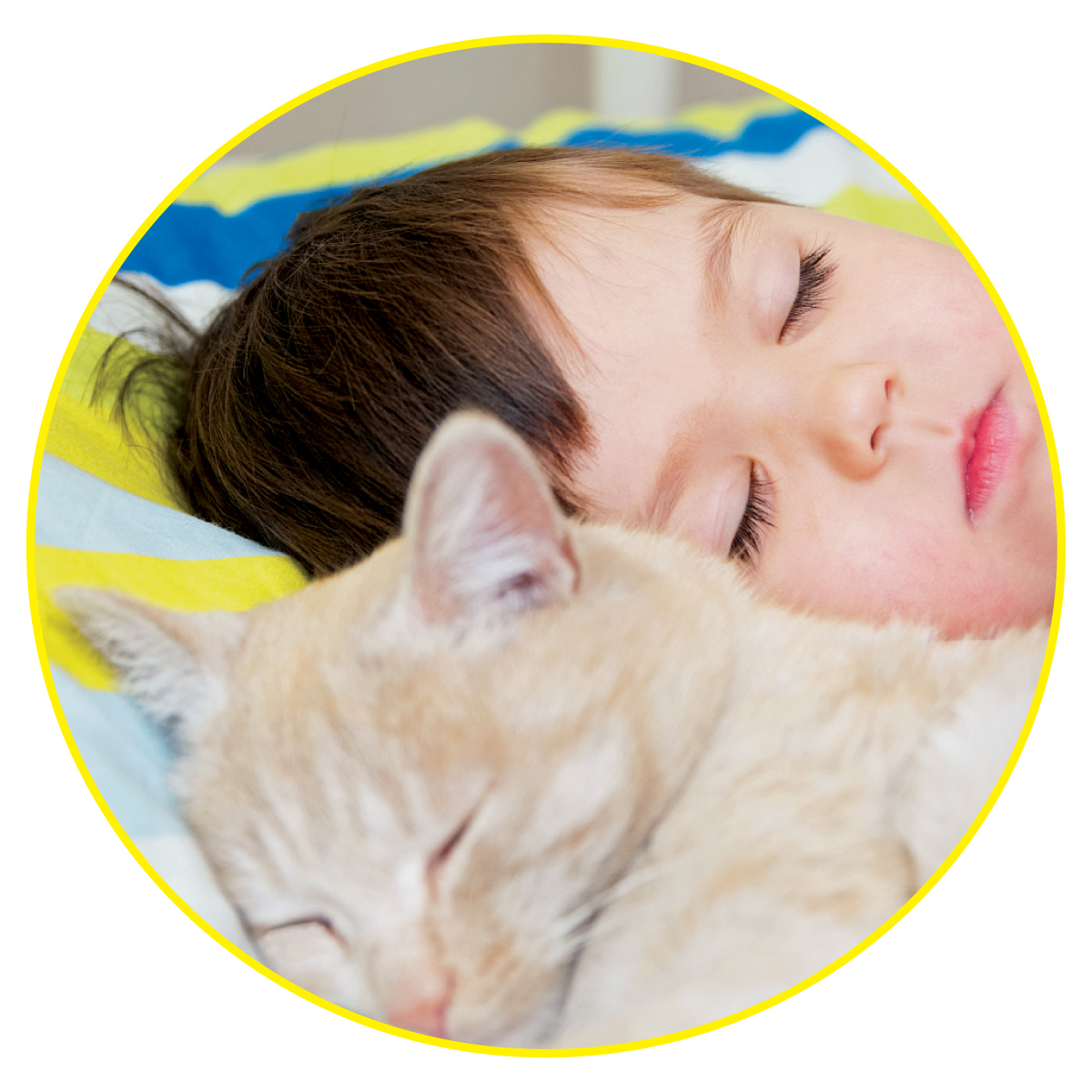 To determine the correlation between family pets and childhood illness, Finnish researchers asked a group of parents to record health information about their children during their first year of life. The researchers found that compared to kids in pet-free homes, kids in homes with dogs had fewer respiratory tract infections, were less likely to develop ear infections, and needed fewer treatments of antibiotics. The study’s lead scientist explained that this might be because of exposure to dirt brought inside by dogs—especially because they found that children saw the greatest health benefit where the family dogs spent a good deal of time outside.

This positive health effect could also be because of the microbiome hypothesis, which states that early-life exposure to a variety of good microbes improves the immune system by altering the microbes in the intestine to protect against allergies and infections.

Living with pets can also help lessen the chance of developing an allergy later on, but only if the pet is living with the child during the first year of life.  In a large study conducted by Bill Hesselmar of Sweden’s University of Gothenburg, they looked at the data of two previous studies covering 1278 children overall. Even when accounting for numerous outside factors, these studies found the reports of allergies in children decreased as the number of pets in the household increased.

“Kids who grew up with two or more pets reported fewer allergies.”

In one of the studies analyzed, 49 percent of the children with no pets in the home during their first 12 months of life had allergies. That number dropped to 43 percent for kids who lived with one pet as a baby and again to 24 percent for children who grew up around three pets. Children lucky enough to spend their early childhood with five or more pets had no reported allergies.

Data from the smaller study that Hesselmar examined backs up these numbers, with kids who grew up with two or more pets showing fewer reports of allergies at eight and nine years old versus their counterparts who were born into a home with one or no pets. “The prevalence of allergic disease in children aged seven to nine years is reduced in a dose-dependent fashion with the number of household pets living with the child during their first year of life, suggesting a “mini-farm” effect, whereby cats and dogs protect against allergy development,” the study’s conclusion reads.

Numerous studies over the years have echoed these findings. One found that children who were raised on farms with animals were less likely to develop allergies. Another found that children ages five to 11 in three schools in England and Scotland had fewer sick days if they had pets at home. A survey of 11,000 Australians, Chinese, and Germans found that pet owners made up to 20 percent fewer visits to the doctor per year than non-pet owners. Couple these health benefits with the plethora of emotional and social benefits, and it’s no mystery why more and more families welcome furry four-leggers into their homes.

Of course, there are always exceptions to the trend. Certain children are more prone to illness due to immune system weaknesses or other variable circumstances, and parents of these children should always follow their doctor’s advice about how to manage interactions with pets, other children, and even adults. In addition, children who have already developed allergies to cats or dogs should not be exposed to fur and dander if it’s avoidable.

For most young children, being around a pet does not pose any additional risks to their health so you can put the cats and babies health risks rumors at bay. When introduced early in life, a pet can actually strengthen a child’s immune system, keep her healthier, and lower her chances of developing allergies in the future. This information certainly doesn’t mean that you should get a cat or a dog simply to improve your child’s immunity or lower the risk of allergies, but it’s definitely another reason to show man’s best friends a little extra love. 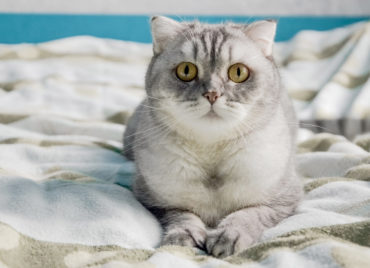 Wellness The Best Cat Litter of 2020 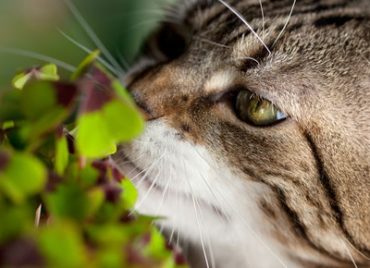