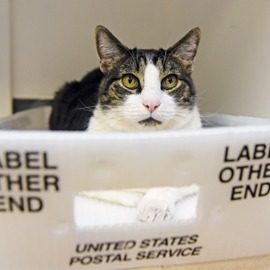 Dispelling the misconceptions and finding these deserving cats homes

After failing to find a home at a rescue in Kirkland, Washington, a friendly grey long-haired cat named Winter found her way to Best Friends Animal Sanctuary in Kanab, Utah, the largest no-kill sanctuary for companion animals and wildlife in the United States. But even there, Winter remained overlooked; though very popular at the sanctuary, she failed to find a forever home.

This is when Jenn Corsun, the manager of Cat World at the Sanctuary, stepped up to give the FIV-positive cat the home she so deserved.

“I’d had my eye on her for a while,” Jenn admits. Winter, who is also incontinent, is now living happily in Jenn’s home with 11 other cats.

“I’ve been taking my work home with me for 20 years,” Jenn half-jokes. “I try to concentrate on cats that wouldn’t otherwise find a home. It’s very rewarding work.”

One of Jenn’s passions is dispelling misinformation surrounding FIV-positive cats. By doing so, she hopes she can help more cats like Winter find a home. 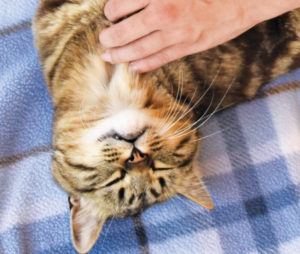 FIV—Feline Immunodeficiency Virus—is a feline-only lentivirus. First discovered in 1986, FIV weakens a cat’s immune system, which means that a cat with FIV is more prone to getting infections such as upper respiratory infections, ringworm, and dental disease than a cat without the virus. But please don’t let that scare you. There are many misconceptions surrounding FIV, among them that an FIV-positive cat should not come in contact with cats without FIV.

Jenn, who is as aware as she is educated, has no worries that Winter will spread the FIV to her other, FIV-negative cats. Once thought to be deadly and highly contagious, it has since been found to be neither. For one, it is not as easily spread as once believed. An infected mother cat can transfer FIV antibodies to her kittens, which may test positive from their mother’s antibodies until they have cleared them from their systems, which happens by six months of age. Kittens should be re-tested for antibodies at a later date to see if they are still infected. But the most common route of infection is a deep bite wound from an FIV-positive cat to another cat.

“If cats don’t fight, then the risk of transmission is extremely low,” says Jenn. This is why FIV-positive cats can live with FIV-negative cats, as long as they don’t show signs of aggression.

Vets used to recommend euthanasia for FIV-positive cats. Similarly, shelters used to routinely euthanize all cats that tested positive for FIV antibodies. Today, FIV is not considered the death sentence it once was, and it is known that many cats can live long and healthy lives with FIV. Despite this, “there is still a stigma around FIV cats,” says Jenn. “We’re working hard to get rid of these stigmas and it’s becoming a little easier now, but it’s still misunderstood.”

Part of it is that there is confusion between FIV and feline leukemia, which is a more serious and lethal illness that drastically shortens a cat’s life span. “If a kitten is born with leukemia, its life span is about 18 months, while cats can live to an old age with FIV,” Jenn says. FIV is so slow to progress that many FIV-positive cats die of old age.

Perhaps another reason for the stigma is that FIV is the same class of virus as HIV.

“I think that scares people as well, but FIV can only be transferred from cat to cat, and not to humans or to other animals.” 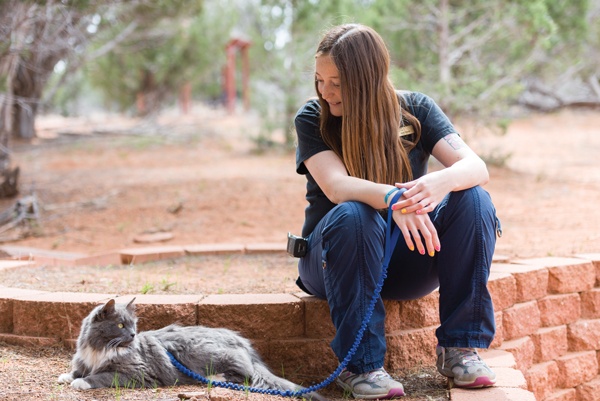 Diagnosed by a blood test which looks for the presence of antibodies to the virus, FIV can be detected as early as two to four weeks after exposure, but cats with FIV may not show any symptoms for years. Symptoms can include enlarged lymph nodes, fever, anemia, weight loss, poor appetite, diarrhea, inflammation of the eye, dental disease, skin redness or hair loss, wounds that don’t heal, sneezing, discharge from the eyes or nose and frequent urination.

There is no specific antiviral treatment for FIV. Treatment focuses mainly on extending the asymptomatic period or, if symptoms have set in, easing the secondary effects of the virus. Although a veterinarian may prescribe treatments, including medication for secondary infections, fluid and electrolyte replacement therapy, anti-inflammatory drugs, immune-support supplements and parasite control, cats that have tested positive don’t require special care other than the owner needing to watch them more closely if they have a cold. That said, if the disease remains unchecked, cats with FIV can develop various forms of cancer, blood diseases or kidney failure. “They can have a good quality of life,” Jenn says. “We just have to treat illnesses as they arise.”

Of the 550 cats they currently house, Best Friends has 224 cats requiring 565 individual treatments—which range from giving a pill to subcutaneous fluids—daily. Perhaps surprisingly, the most medically needy cats are not the FIV-positive cats. 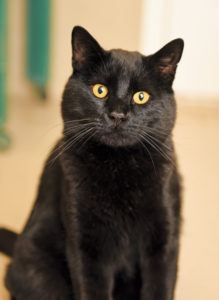 Protection of cats from FIV is simple. Because any free-roaming cat is susceptible to the disease, owners are encouraged to keep their pets indoors. Although FIV vaccines are available, Best Friends does not recommend it, as it is not effective for all cats, and after the cat is vaccinated for FIV, it will test positive for the virus. If that cat is lost and ends up in a shelter, it may be euthanized because of a false positive test.

Jenn hopes this won’t be the case for long.

“I think education (about FIV) is improving,” says Jenn. “I think the more educated people are about FIV, the less afraid they become.”

At Best Friends, Jenn recently formalized a new policy regarding FIV-positive cats at Cat World. Cats are cautiously and slowly moved from FIV-dedicated rooms into the general population. “Hopefully, we’ll have data that these cats have been living together and that there has been no transmission,” she says. If that’s the case, the organization will be spreading the word in order to increase awareness of how the disease is spread.

She wants people to know that if FIV-positive cats are gentle with other cats, their potential homes are limitless (with a “nice, slow introduction, as for all cats, of course,” she says). At the very least, they can be adopted to live as single cats in a home, or to live with other FIV cats. Most of all, there is no need for an FIV-positive cat to languish in a shelter. 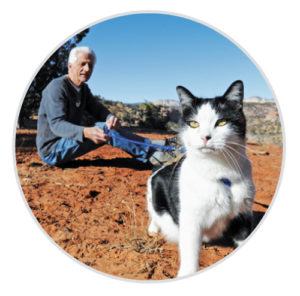 Formed more than 30 years ago, the Best Friends Animal Sanctuary was created by a group of people who saw that more than 17 million animals—starting, of course, with the older, sick and special needs animals—were being euthanized in shelters every year. Due in part to the organization’s tireless work, that number has dropped to 1.5 million annually. Still, that’s nearly 4,100 dogs and cats that are killed in U.S. shelters every day, so there’s clearly a lot more work to be done.

Today, the Sanctuary has 1,700 animals in its care at any time, including cats, dogs, birds, horses, pigs, donkeys, and wildlife. The non-profit animal welfare society owns nearly 3,700 magical acres in Kanab, Utah, and leases an additional 17,000 acres of state and federal land to house all their rescue animals.

Although Cat World makes up only a part of the Sanctuary, it’s not small by any means. Perhaps best described as sprawling, it takes up 10 buildings—all housing cats exclusively. Cat World houses 550 cats at any given time, and also has an on-site vet clinic that allows the organization to do medical procedures like spay and neuters and dental procedures. Currently, Cat World has around 60 FIV-positive cats.

With its special needs capabilities, including the ability to care for bottle babies, Best Friends works collaboratively with other groups from all over the country—and in some cases, all over the world—taking in animals that rescue groups and smaller shelters are not able to care for.

Lately, Jenn is finding that Cat World is getting fewer requests to take on FIV-positive cats.

“I’m hoping that’s because other groups are figuring out how to get those cats adopted, or because people understand them better,” says Jenn. “It makes me very happy that we are getting fewer FIV-positive cats.”

» For more on the Sanctuary or to adopt a cat, go to bestfriends.org/sanctuary. 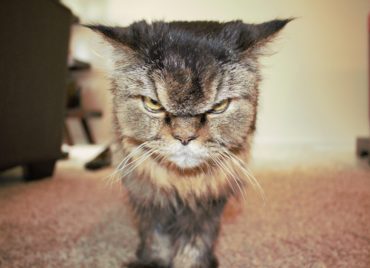 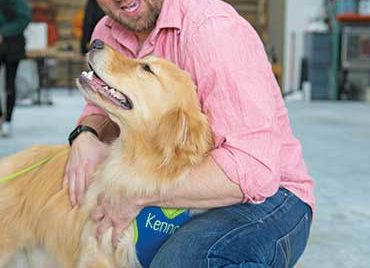