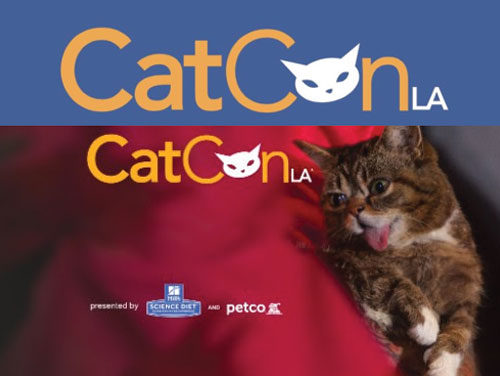 Check Out The Who’s Who Of CatConLA 2016 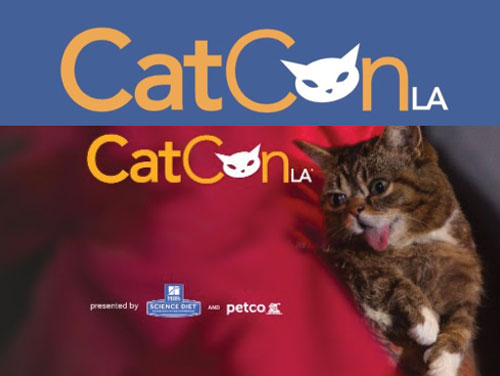 Sonja Reid (@OMGitsfirefoxx)/MC (Zappo’s Presents: CatConLA’s Inaugural Furrocious Fashion Face-Off): Sonja Reid is a popular video game streamer, one the top 25 most followed broadcasters on Twitch and the platform’s #1 most followed female caster. She was voted as one of Forbes Top 30 Under 30 for 2016. She describes herself as a ‘full time dragon slayer, part time sniper, vodka enthusiast, programmer.’

P’Trique/Judge (Zappo’s Presents: CatConLA’s Inaugural Furrocious Fashion Face-Off): The chicest lady in town, P’Tique has had the fashion community buzzing ever since her “Sh*t Fashion Girls Say” series went viral in 2012, with now over two million views. An “it” girl known for her snappy and savvy commentary, P’Trique has become an iconic fashion personality, attracting an award-winning partnership with Maybelline. With star status in the making, P’Trique has even crossed over to television appearing in Cycle 19 of “America’s Next Top Model,” and hitting fashion’s biggest events. P’Trique has been featured on CNN, Women’s Wear Daily, The Huffington Post, Style.com, Vogue UK, Glamour, Elle, and many others.

Kady Lone & Pudge/Speakers (BuzzFeed and Cats of Instagram Discuss What Separates Cute from Internet Sensation): Freelance graphic designer and mother of internet-famous cat, Pudge, Kady joined Cats of Instagram in 2013. Aside from her degree in print design, Kady is self-taught in a variety of artistic mediums, including photography and web design. Cats of Instagram (6 million followers)  She was most recently seen in Paper Mag’s “Meet the Hot Owners of Instagram Pets”

Chelsea Marshall/Speaker BuzzFeed and Cats of Instagram Discuss What Separates Cute from Internet Sensation): Chelsea is currently the Animals Editor and Beastmaster at BuzzFeed, combining her love of all things cute and all things funny to make people’s days better. Prior to that, Chelsea worked in Television at CBS This Morning and SNL. She grew up with cats and currently has a dog who just acts like a cat.

Andy Milonakis/Host, CatVideoFest: Andy Milonakis is an American actor, writer, rapper, and comedian. He is best known for creating and starring in The Andy Milonakis Show on MTV and MTV2, and had a recurring role as Roman Armond on Comedy Central’s Kroll Show.

Pookie and Nala: This adorable cat with cute round eyes was given to a shelter by her previous owners when she was just a tiny kitten. Luckily, she was later adopted by Varisiri Mathachittiphan and now can enjoy her purrfect cat life! Currently has over 7 million followers on social

Susan Michals/Creator, CatCon & Cat Art Show LA: Susan Michals is a journalist who has written about art and culture in such publications Vanity Fair, The Wall Street Journal and The Huffington Post. In addition to CatCon, Michals is the creator of Cat Art Show Los Angeles, which debuted in January 2014, with over 70 artists including Shepard Fairey, Tracey Emin, and Ray Caesar. Her follow-up show, Cat Art Show 2: THE SEQUEL, had over 7,000 visitors in March 2016. She owns one cat, a Maine Coon named Miss Kitty Pretty Girl, and a Chihuahua/Terrier named Olive.

Paul Koudounaris/Speaker (Heroic Tails: Fantastic Stories from Feline History): Dr. Paul Koudounaris is an author and photographer in Los Angeles. His PhD in Art History has taken him around the world to document charnel houses and ossuaries. His books of photography include The Empire of Death and Heavenly Bodies, which features the little known skeletons taken from the Roman Catacombs in the seventeenth century and decorated with jewels by teams of nuns. His other academic interests include Sicilian sex ghosts and demonically possessed cats.

Will Braden/Host (CatVideoFest): Creator, “Henri, le Chat Noir,” the ennui-filled philosophical cat. Braden has also hosted the Walker’s CatVidFest for the past three years, as well as produced and curated the reel seen around the world. The Walker discontinued their run of CatVidFest earlier in 2016, and this will be Braden’s inaugural debut for the reel and the launch of his non-profit.

Keith Bowers/MC: Keith Bowers is senior editor at Catster.com and Dogster.com. He is the author of the Catster column called Cat Dandy, from the perspective of a fashion-conscious man who loves cats, engaging with readers on topics humorous (“My Cat Has a Foot Fetish”), inquisitive (“I Consider My Cat My Friend — Am I Out of My Mind?”) and metaphysical (“I Gave My Cat a Tarot Reading”), among others.

Julie Newmar/Special Appearance: Newmar is an American actress, dancer and singer, known for a variety of stage, screen, and television roles. She won the Tony Award for Best Featured Actress in a Play for her role as Katrin Sveg in the 1958 Broadway production of The Marriage-Go-Round, and reprised the role in the 1961 film version. In the 1960s, she starred for two seasons as Catwoman in the television series Batman (1966–67). Her other stage credits include the Ziegfeld Follies in 1956, and playing Lola in Damn Yankees! (1961) and Irma in Irma la Douce (1965) in regional productions. She appeared in the music video for George Michael's 1992 single "Too Funky", and had a cameo as herself in the 1995 film To Wong Foo, Thanks for Everything! Julie Newmar.

Scott Stulen/Moderator: (BuzzFeed and Cats of Instagram Discuss What Separates Cute from Internet Sensation):  Scott Stulen is the creator and producer of the Internet Cat Video Festival (#catvidfest).
The festival, launched at the Walker Art Center in Minneapolis, initially expected 500 attendees and now attracts more than 10,000 people annually. Further, the festival has become a franchise, expanding to cities such as New York, and Los Angeles, and even overseas to Dublin, Athens, and Sydney. Stulen has been in over 100 publications for his work with the festival, including the Wall Street Journal,and The Guardian UK.  Recently he took a new position, as Executive Director at the Philbrook Museum of Art. While he loves cats, Stulen is in fact, allergic.

Lisa Erspamer/Speaker (How I Met My Cat and Other Stories): Lisa Erspamer is president of Lisa Erspamer Entertainment and Unleashed Media. Previously, Lisa served as chief creative officer and executive vice president of programming and development for OWN: The Oprah Winfrey Network, as well as co-executive producer at The Oprah Winfrey Show, where she produced hundreds of shows. The creator and coauthor of A Letter to My Dog and A Letter to My Cat, Lisa lives with her dogs Lily and Grace in Los Angeles.

Angie Bailey/Judge (Zappo’s Presents: CatConLA’s Inaugural Furrocious Fashion Face-Off): Angie Bailey is an award-winning writer, blogger, humorist, with a collective social media following of over half a million on Facebook alone. She’s the author of whiskerslist: the kitty classifieds and Catladyland, which won the Best Humor Blog in the 2013 BlogPaws Nose-to-Nose Pet Blogging & Social Media Awards and Funniest Pet Blog in the 2011 Petties Awards. She is a regular columnist for Catster.com and the creator of the popular blog, Texts from Mittens. Her online work reaches nearly one million readers each day. She has three cats named Saffy, Cosmo and Phoebe.

Marilyn Krieger/Speaker (The Truth Revealed: You Can Train Your Cat) Certified Cat Behavior Consultant, author and owner of The Cat Coach, LLC® www.thecatcoach.com solves cat behavior problems internationally through Skype and on-site consultations. Marilyn is a frequent guest on television and radio. She has appeared, along with her Bengals and Savannah Cat on Animal Planet, CBS, NatGeo, ABC, KGO and others.