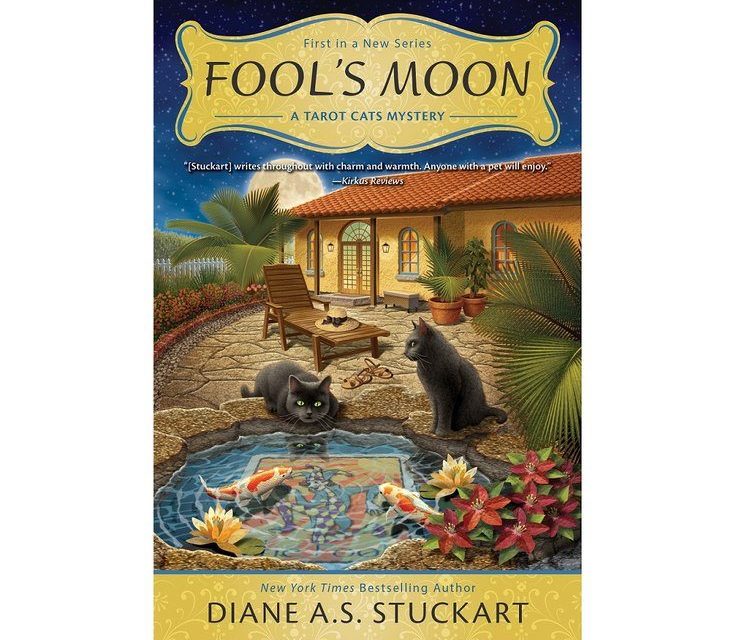 Diane A.S. Stuckart is the New York Times bestselling author (writing as Ali Brandon) of the Black Cat Bookshop Mystery series. The following is Stuckart’s personal reflections on the beauty of felines, the connections between Tarot cards and cats, and how these things have inspired her new mystery series.

Of course, I’m speaking of cats, those funny yet often haughty creatures who allow us mere mortals to serve as their caretakers. But those same adjectives can also be applied to the Tarot. Like a typical feline, that centuries-old tool of self-discovery and divination contained in a deck of 78 colorful cards doesn’t cozy up everyone. And those who learn the Tarot’s secrets feel fortunate, indeed, much like when a feline deigns to make its home with us. Which is why cats and Tarot cards go together like…well, like Tarot cards and cats!

I’m not the only one with this opinion. A quick internet search reveals at least a score of different cat-themed Tarot decks in print, with more being published annually. Even the traditional Rider Waite Tarot deck sports plenty feline imagery, from the suspicious black kitty seated alongside the Queen of Wands, to the watchful lion’s face in one corner of the World card, to the placid standing lion depicted on the Strength card. And that doesn’t count the numerous stone and life-like sphinx images found on cards throughout the deck.

I’ve been fascinated by the Tarot since my teen years, and have been a caretaker of cats since I was a child. And so, when I was searching for a premise for a new cozy mystery series to write, the Tarot Cats Mysteries seemed a perfect fit. 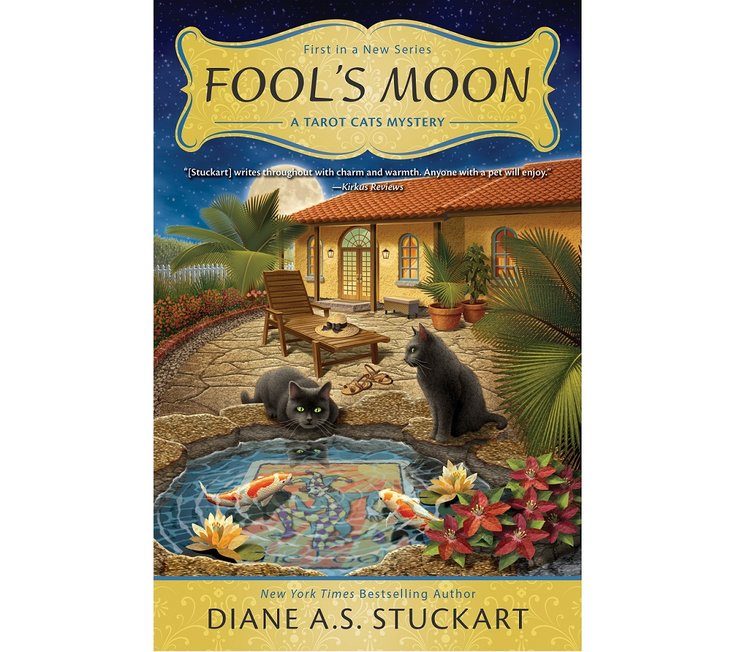 So what are the Tarot Cats all about? Book 1 in the series, FOOL’S MOON, introduces us to grad student-turned-Tarot card reader, Ruby Sparks. Most days, Ruby feels like the sign in her New Age shop window that says Tarot Card Reader Extraordinaire should say Tarot Card Reader Fairly Competent. But she’s forced to put all her Tarot skill to work when a customer wants her to divine the truth about a murder.

Fortunately for Ruby, she has Ophelia and Brandon—sibling black cats with a talent for Tarot, themselves. While Ruby concentrates on the cards, the felines and their feisty pit bull friend decide to take matters into their own paws. The fearless trio prowls the city’s mean streets looking for clues, guided by a rhyme-spouting koi who seems to foretell the future. But when another suspicious death happens, humans and felines and canines must all join forces to collar a sly killer before someone else is murdered.

Diane A.S. Stuckart is the New York Times bestselling author (writing as Ali Brandon) of the Black Cat Bookshop Mystery series. Her new cozy mystery series is the Tarot Cats Mysteries published by Midnight Ink.  A Texas native, Diane received her BA in Journalism from the University of Oklahoma and now lives in the West Palm Beach Florida area. Visit Diane online at: www.tarotcats.com. Midnight Ink Books (www.midnightinkbooks.com) is a division of Llewellyn.  Learn more about the Tarot Cats mysteries there, or buy your copy at Amazon. 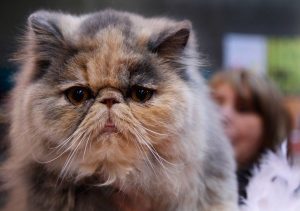 Cats in the News Cat-stronaut being considered for next a...
Comments (0)