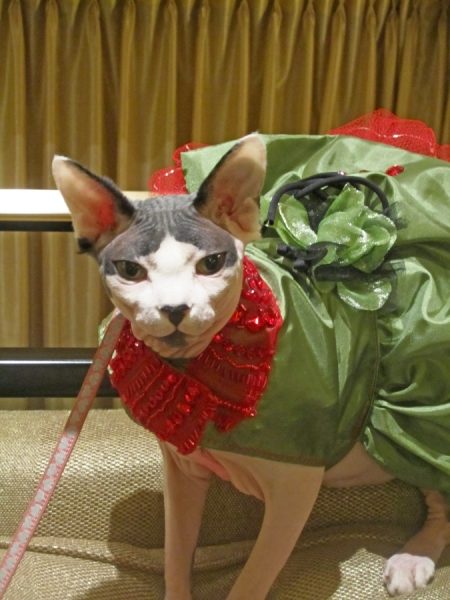 This year’s party was in aid of Bidawee, the oldest cat shelter in New York State and brought visitors from around the world and as well as a slew media all clamoring to capture the mewdels in their feline finery. 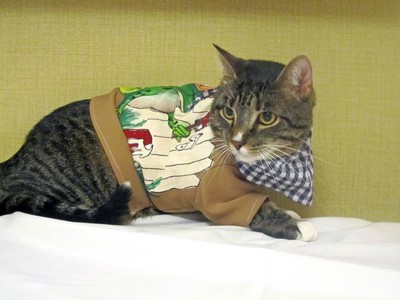 The clothes were created by catourier Ada Nieves, who called her collection Copycats of the Algonquin Round Table, drawing from the hotel’s famous literary past as it is known for the famous Round Table, a celebrated group of New York literary writers and wits who lunched there every day for a decade in the 1920s.

“I went to the pages of some of the most prolific authors and writers of the last century,” explained Nieves, who had guests oohing and aahing and asking if she designed for people too!

“Feline fashion is challenging”, added Nieves. “The designs have to take into account a cat’s athletic abilities and also coat type. It’s important the fabrics don’t tangle with the fur.” 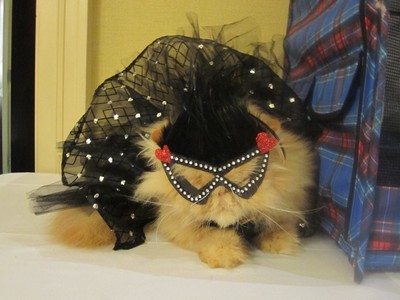 From taffeta ball gowns with embroidered netted overlays and sequined masks, to hand painted shirts, the collected was inspired by authors such as Mark Twain, Beatrix Potter, Cleveland Amory and T.S. Elliot.

The Algonquin Hotel has had a resident feline since the 1930s.The story goes that on a dark and stormy night, a bedraggled cat wandered into the hotel and Frank Case, the hotel’s owner invited him to stay as a permanent guest. He called him Rusty because of his orange coloring. But John Barrymore, who was a regular guest and, who had completed a successful run as Hamlet on Broadway, suggested the cat needed a more dignified name and suggested Hamlet.  Since then, all the male cats in residence have been named Hamlet – there have been seven to date and all the females have been named Matilda. The incumbent cat is Matilda the Third. She took office as the Directfurr of Guest Relations in 2010. 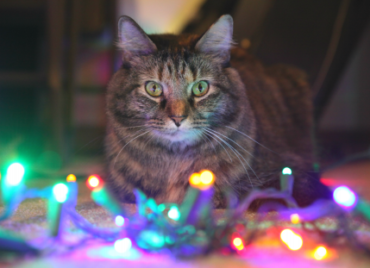 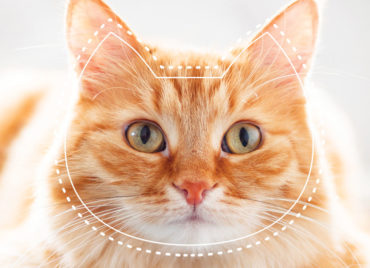