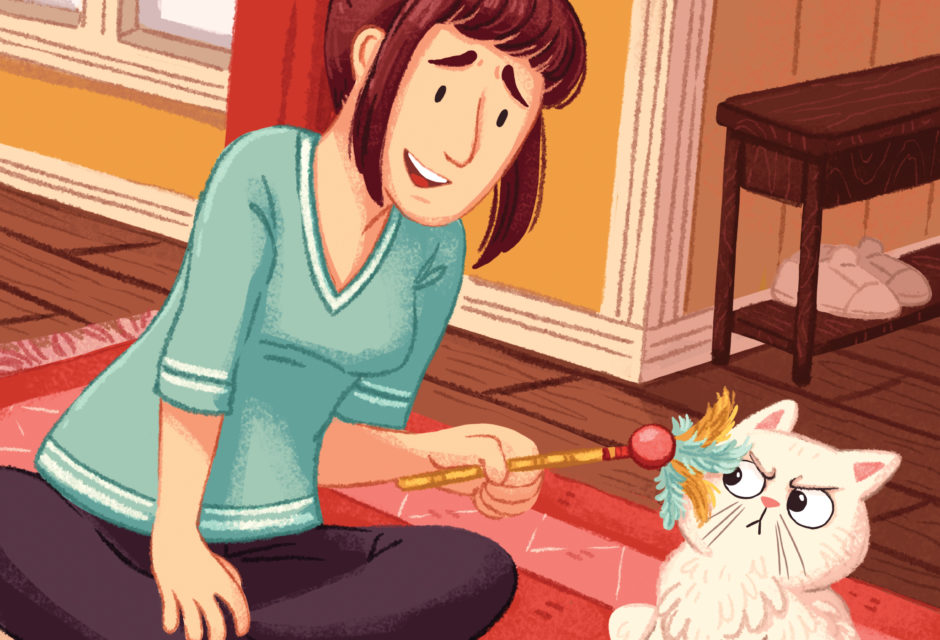 How To Play with Your Cat Correctly

It’s All About Triggering the Seeking Circuit

There’s something your cat really wants when it plays and it’s not what you think.

Many cat owners come to me perplexed as to why their cat shows no interest with any of the cat toys they’ve purchased for them. They’ve tried every toy on the market, they’ll say. Catnip toys, rattle and crinkly balls, feather wands, and a long list of battery-operated toys, but still their feline is disinterested. Their cat either shows minimal interest or is completely oblivious to the owner standing in the middle of the living room putting on a show with some of the highest-rated cat toys on the market. The cat owner will tell me their theories—oh, she used to be an outside cat and just can’t be fooled with feathers on the end of a wanded toy.  Others think the reason is their cat is old, lazy, or never learned how to play.

During a cat behaviour video consultation, one cat owner explained to me that she had tried everything to entice her 18-year-old Siamese cat into playing, but nothing worked. During the consult I had the owner pick up a wanded cat toy she already had, instructed her on what to do, and within five seconds the cat leapt off the back of the sofa onto the toy. The owner was speechless and elated. This is not an unusual story. Even this savvy cat owner hadn’t yet tried everything to entice her cat into playing—there was one thing she had left out all these years and it was the one thing her cat wanted most. 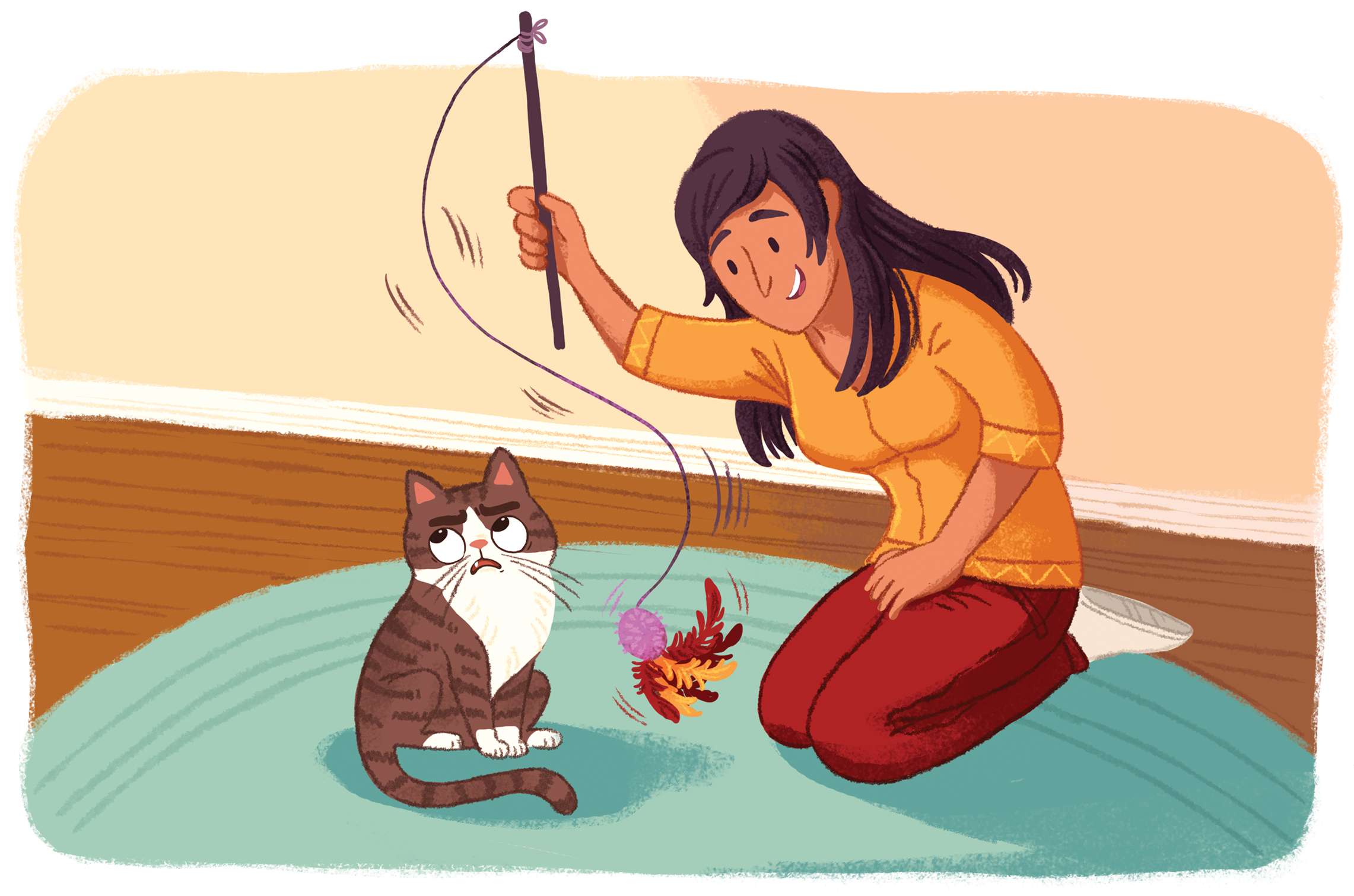 Cats Kill to Live, But They Also Live to Hunt

“Stalking and catching prey, or its bloodless equivalent, is crucial to your cat’s happiness and to both remedying and preventing behaviour issues. It’s the same with humans: Exercise reduces our anxiety, irritability, and other behaviour issues, and increases our mental alertness and feel-good brain chemicals, and our longevity”.—Excerpt from cat behaviour book The Cat Whisperer (Random House Publishing)

Your cat is instinctively a skilled hunter, but what does your cat really want when he’s “hunting,” aka playing with his toys? It’s important to take into consideration your cat’s wildcat instincts. Out in nature the actual catching of the bird or mouse can take the cat only a few moments, but what happens the rest of the time? If you observe hunting behaviour in both wildcats and domestic house cats, in typical scenarios, there is quite a bit of foraging and stalking that takes place prior to catching the prey. In fact, a 10-minute hunt can consist of nine minutes and 45 seconds of searching for and stalking the prey, and 15 seconds of capturing it. Once the prey is caught, cats enjoy releasing it so the prey will scamper off and hide and the cat can then seek it out again. This catch and release behaviour is often repeated over and over again and it’s done for the same reason cats will sometimes bat their toys under the sofa (and you thought this was by accident!). This is the secret of all secrets your cat wants you to know when it comes to cat toys: the excitement of the chase is important, but it’s the seeking out where the prey (or toy) is hiding that is the most important. Your cat wants the prey to disappear so that he can experience the best feeling, known as the seeking circuit, which fires in the reward area of the brain when the cat searches for prey they cannot see. 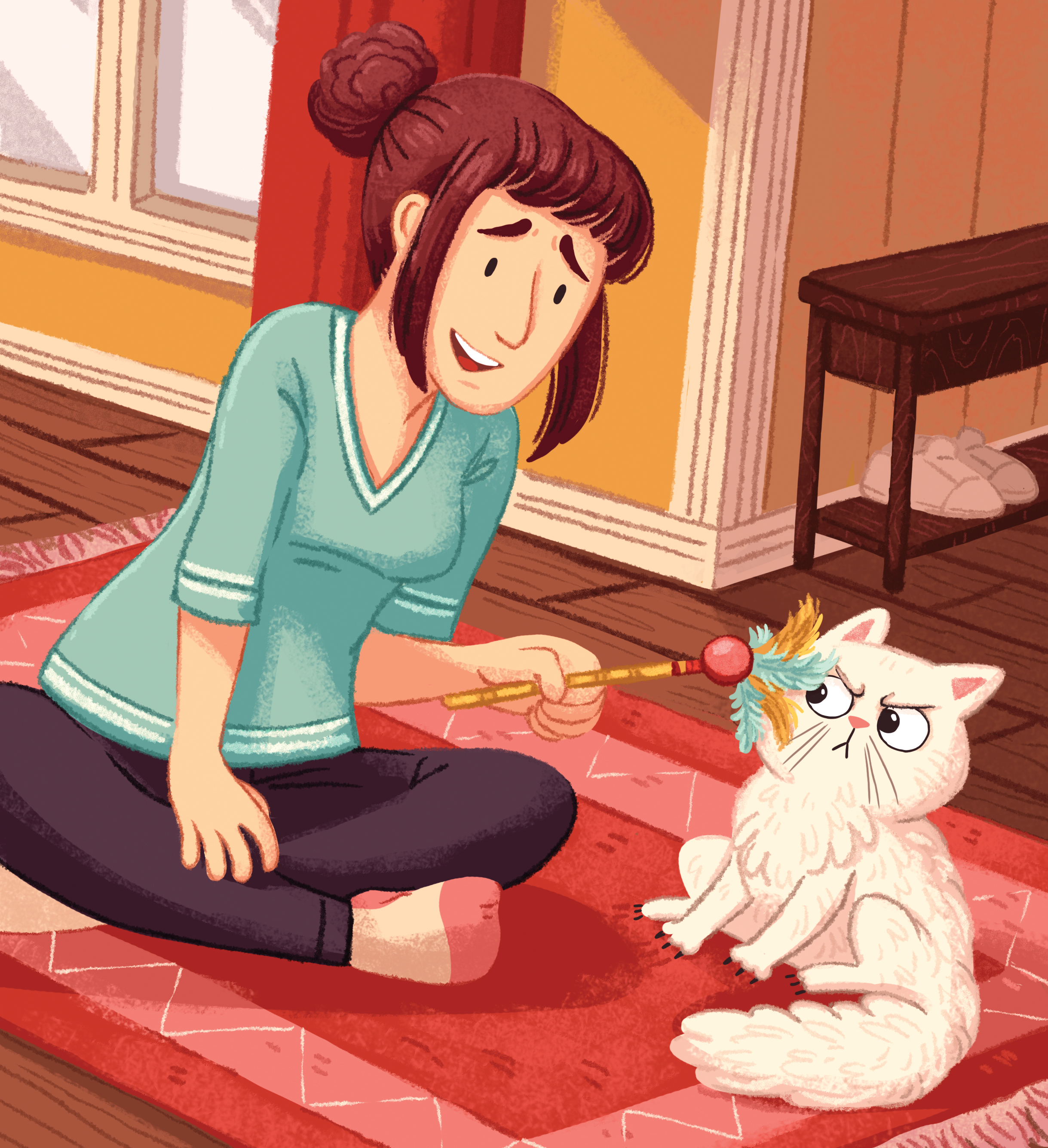 It’s time to get all those forgotten toys out and trigger the best feeling for your cat—the seeking circuit!

How to do it:
It’s best to use a wanded toy that you can maneuver for your cat because you will be hiding whatever toy attachment is on the end (mouse, bee, bird, feathers) out of your cat’s sight at different times throughout the play session.

Begin maneuvering the wand toy through the air and across the floor. Approximately every 30 seconds or so (don’t get too hung up on the amount of time because in nature this is very random), drop the attachment behind the sofa, ottoman, coffee table, other side of the bed, or empty box.

Jiggle the wand so the “prey” makes noise in these hidden locations. You want your cat the hear the prey, but not see it. This is the key and what triggers the seeking circuit which is the feeling your cat is after and what really gets the feel-good brain chemicals flowing. Do this anywhere from 10 seconds to three minutes before making the toy visible to your cat, letting him capture it if he desires. He may even beat you to it and seek out the prey before it reappears.

Repeat this ‘hide, reappear, and catch’ sequence over and over again throughout a 5, 10, or 20-minute play time. If you only have 3 minutes to play with your cat, triggering his seeking circuit will make the most out of the short play time.

It’s perfectly fine if your cat doesn’t attempt to catch the toy each time. Many cats need more seeking circuit enticement before they attempt to capture the toy. Remember, wearing your cat out physically is only part of the hunt. The mental calculating, stalking, and seeking out the “prey” are additional elements needed for the most fulfilling hunting experience.

Have you ever watched your cat tuck himself behind the sofa, popping his head out every so often? If the stuffed catnip toy in the middle of the living room won’t run off and hide, cats will simulate the scenario on their own by hiding themselves, making the toy “disappear” and thereby creating the seeking circuit effect. Those clever cats!

You can watch cat behaviorist Mieshelle Nagelschneider on National Geographic. An acclaimed, New York Times-noted feline behaviour science author, Mieshelle founded The Cat Behavior Clinic in 1999 and conducts consultations remotely throughout the United States and in over 30 countries. You can schedule a consultation with her through thecatbehaviorclinic.com 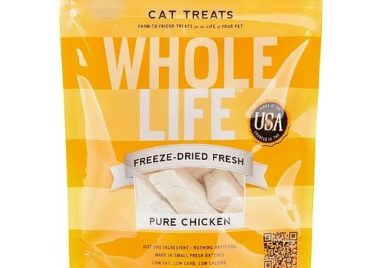 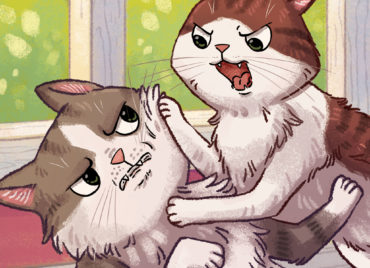