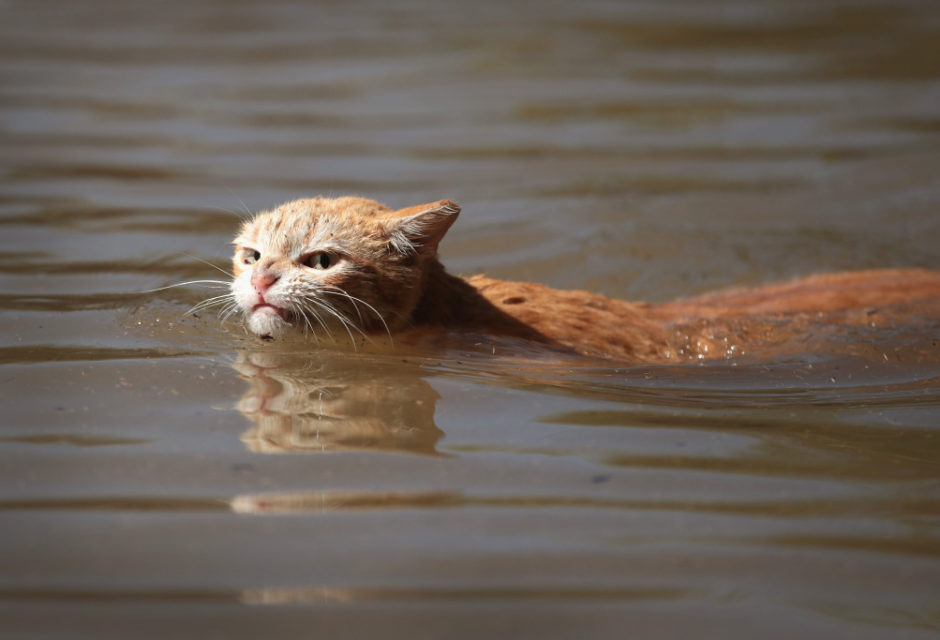 Here’s How You Can Help

The path of Hurricane Harvey, which has since been downgraded to a tropical storm, has ravaged Houston and greater region of southeast Texas, flooding roadways and forcing thousands of people—and their pets—to flee their homes.

The storm, which the National Weather Service says brought more than 25 inches to portions of southeast Texas since Thursday night, has already had deadly consequences. Storms like this can be hard on animals too, which are often lost amid the chaos of an evacuation. Many have been abandoned; there have been reports of journalists and rescuers finding dogs chained to trees outside, for example. And even when owners do their best to take their animals with them, there can be additional hardships because shelters typically don't allow pets.

The Red Cross allows service animals but pets are not allowed, according to information on its website. However, the Red Cross says people can either call their local Red Cross office or ask a shelter worker when you arrive and they will work with partners in the community who can open a pet shelter nearby.

There has been no shortage of reports recounting efforts to rescue people and animals. And in at least one case, two dogs spotted on a roof helped rescue workers find their owner trapped inside his garage.

Social media has proven a crucial tool for documenting some rescue efforts and for folks helping reunite pets with their owners.

Our staff that could safely reach work today spent backbreaking hours caring for 100s of animals. They are HEROES. https://t.co/MjgaweJypz pic.twitter.com/ibbGHcekVM

Even wild animals, like these baby squirrels are being tended to.

The Wildlife Center of Texas has taken in 60 wild baby animals, mostly squirrels because of #Harvey and expecting many more. @kprc2 pic.twitter.com/x3en7FmccX

And as Fox reporter Greg Groogan notes, one lucky pig.

A storm tracker who lives in Austin, Texas used social media to help find this dog's owner. The displaced dog jumped into his Jeep during the storm.

Still, even with many positive stories of rescue and reunited pets, many more animals are lost. Some shelters were affected by the flood waters and have been forced to evacuate.

The Society for the Prevention of Cruelty to Animals of Texas says it took in 123 un-owned cats from The Cattery Cat Shelter in Corpus Christi, which was forced to evacuate. The SPCA of Texas' Animal Rescue Center was able to take in the cats thanks to financial support from Empowered by PetSmart Charities Emergency Relief, in West Dallas. The SPCA of Texas says it's prepared to intake up to 300 animals affected by Hurricane Harvey if needed, and will evaluate capacity on a daily basis after that. You can donate at www.spca.org/give or sign up to adopt a displaced animal at www.spca.org/foster.

The organization has also posted information for owners on pet-friendly hotels, restaurants, and boarding facilities.

The Humane Society of the United States, GreaterGood.org, Wings of Rescue, the American Society for the Prevention of Cruelty to Animals have also organized to provide support. The organizations are working to fly dogs and cats that were already in Texas shelters before the storm to other centers out-of-state. This will help make room for lost and abandoned pets, reported USA Today.

Lost Dogs of Texas is posting photos and information of pets that have been found during the storm, and subsequent flooding. Here are links to animals found in the Houston area. Another Facebook page focused on lost dogs in the coastal bend area is another good resource that is posting photos of found dogs and has helpful links for people needing rescue or who want to help.

This article originally appeared on Fortune.com

Cats in the News Ebola and Pets 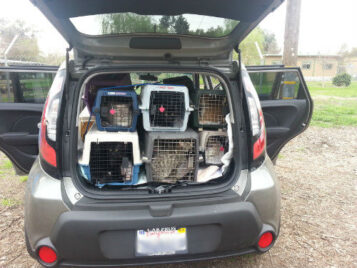