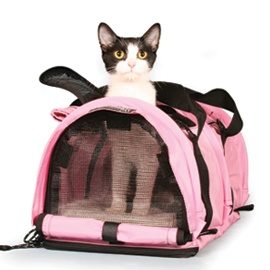 The Man Who Refused to Quit

With sheer tenacity and a broken-down van, Rich Van Engers grew his “aha” moment into an internationally recognized pet company 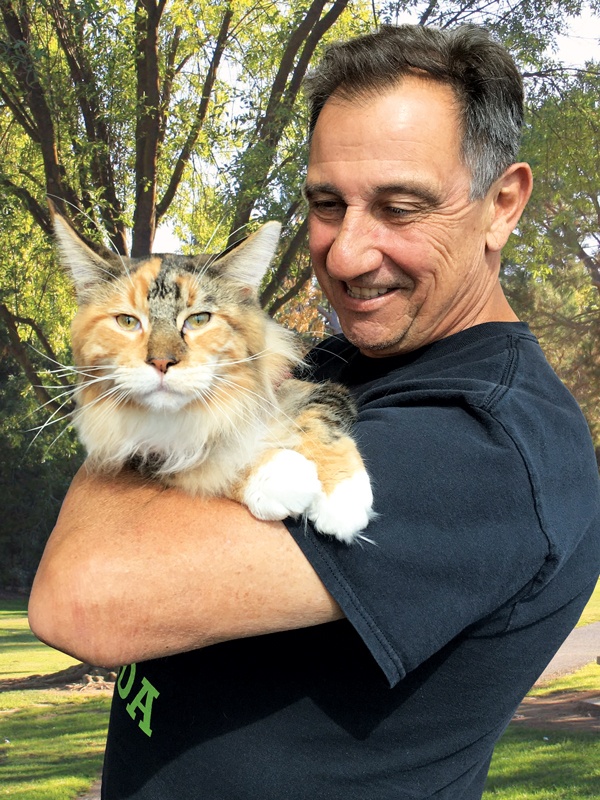 Rich Van Engers was down on his luck. He had recently emerged from a complicated divorce, and along with the usual heartbreak came devastating financial loss. “I had nothing,” recalls Rich, adding, “I had to totally start over.”

But he had an idea. One pleasant summer day, while bicycling in the seaside community of Edmonds, Washington, Rich saw a woman come out of a nearby pet store. She was carrying a squirming cat who was falling through the bottom of the box. At the same time, he caught sight of a canvas awning extending from the building. Rich thought that perhaps he could make a flexible pet carrier, shaped somewhat like the awning.

At the time, most pet carriers were either heavy and hard-shelled, or so soft that they would threaten to collapse when people picked them up. His imagination was sparked: While Rich continued his day job driving a semi-truck for the Teamsters, his evenings were reserved for his pet carrier project. Using his kitchen table, he cut fabric and designed patterns, enlisting his mom’s help to sew the pieces together.

Soon he had a prototype—the first Sturdi bag, a carrier that was flexible but, as the name suggests, still sturdy and strong. It was ideal for travel and it worked especially well for in-cabin flights because its flexible height enabled it to fit under most airline seats.

Rich started taking his Sturdi bags to local pet shows, gaining not only exposure but invaluable feedback. People who stopped by his booth would comment, “That’s really great, but can you put a flap on it, or can you add a shoulder strap?” Rich remembers.

Rich wisely took their suggestions to heart, and after each pet show would set to work at his kitchen table, adding a flap here or a strap there. At subsequent events he would encounter the same people, and they were pleased to see he had listened to them.

Still driving trucks during the day and working on his pet project at night, Rich steadily built his product line. That’s when he caught wind of a prime opportunity—a large pet show, bigger than any he had attended before, in Kansas City, Missouri. It would be full of pet lovers, breeders, trainers, exhibitors, and vendors.

There was, however, a slight problem. He was located on the west coast of the United States, in Seattle, Washington. Kansas City, smack in the middle of the American Midwest, was a distance of some 1800 miles. He would need to travel through Oregon, Idaho, Utah, and Colorado to get there.

Since his bicycle—his only mode of transport outside of his work rig—clearly wouldn’t do the job, Rich scraped some money together and purchased an old beater of a van. He set off, making it about 300 miles before the van broke down. He fixed it. Then he drove about another 500 miles. The van broke down again. He fixed it. Rich eventually made it to just outside of Boise, Idaho, when, as he recollects, “the van really broke down.”

Rich set to work, crawling underneath the van in the wet and cold. It was raining so hard that his hands seized up from the chill. He retreated into a nearby washroom, stuck his hands under the dryer to warm them up, and then got back to work. Rich spent “every last dime” fixing the van and then got back on the road, every mile taking him closer to Kansas City, and the all-important pet show.

Rich was about 50 miles outside of Kansas City when he ran out of gas and money. “I was recently divorced, I didn’t have any credit cards, I didn’t have any more cash. I was down to nothing,” says Rich. Never one to give up easily, the former member of the U.S. Marine Corps realized he had something valuable in the van: a brand new set of tire chains. Rich returned them at a local distributor and was handed the princely sum of fifty dollars, which he used to gas up his van, get a shower, and buy a burger.

Rich made it to the pet show, and the rest, as the saying goes, is history. He sold all his products and emerged with $17,000 and a “whole bunch of ideas.” The man who refused to quit reinvested his earnings back into his budding company and set about building it into what it is today: a leader in the pet carrier industry, with a full product line of over 40 items including flexible carriers, portable pop-up pet shelters, and displays for pet exhibitions.

Today, tens of thousands of Sturdi Bags are sold annually, and Sturdi does business in 25 countries with the strongest sales in Germany, Russia, and Japan. Sales at e-commerce retail sites are robust and are now outpacing transactions at brick and mortar stores. Clearly, the company is going strong. And Rich, now in his sixties, has no plans of stopping.

“When you love what you do, it’s not really like working,” Rich explains. “And when I walk through an airport, and I see someone using my products, I still get that same warm feeling.” 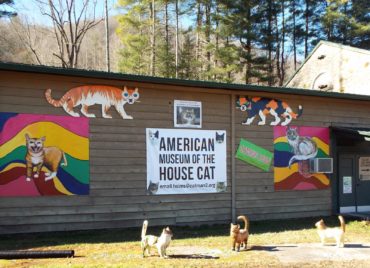 Cats in the News Establishing the Museum of the House Cat

Cats in the News Redbarn Pet Products is Committed to Enh...
Comments (2)