The Blind Kitty That Could

FAVOURITE PASTIME He loves playing with anything feathery but he prefers to be in his cube while he’s doing it, or hanging out with his buddy Frank (Frank would be his catnip mouse)

Mr. Magoo, the dapper cat on this issue’s cover, took our third Cover Cat contest by storm, thanks in great part to the huge fan base that has developed around this inspiring cat. (His good looks didn’t hurt either.) This is a cat who has not only survived but thrived under difficult circumstances. Goo, as he is affectionately known, has a condition called bilateral micropthalmia, which is a congenital eye disease where a cat may have absent or small eyes, resulting in blindness or other degrees of visual impairment. 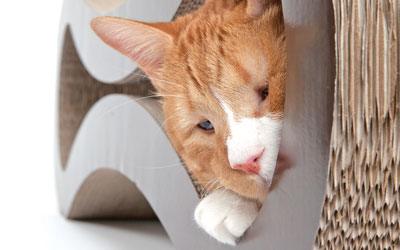 Goo’s amazing story begins on the streets of Philly, where he somehow managed to survive, sightless, for two years on the mean streets before being picked up by the Philadelphia’s Animal Care and Control Team (ACCT). Blind Cat Rescue and Sanctuary of St. Paul, NC, shared his plight as a “Philadelphia Urgent” in desperate need or foster/placement or facing euthanasia. When the Facebook post appeared in Colleen Kelly-Angstadt’s newsfeed, she took one look at his face and fell in love.

But when Colleen and her husband Scott C. Angstadt called about him, they were told he was no longer at the ACCT facility. They feared the worst. After days of madly calling around, they tracked him down. He had been transferred to the Philidephia SPCA—but his health had taken a turn for the worst, landing him in the ICU. Colleen and her husband were none the less determined to take him home, despite the cleaning and hand-feeding that would be necessary.

“When the veterinary tech brought Goo out to us,” Colleen shares, “I had to collect myself. I peered through the crate at that sweet face and instantly fell in love, even though his face was bloody and oozing, and he was in a lot of pain. I knew then that he needed us and we needed him.” 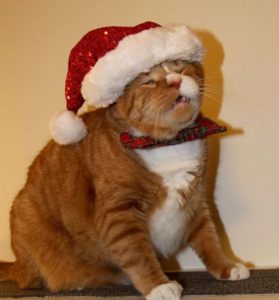 Thanks to his indomitable spirit and plenty of love and care, Goo quickly recovered. He has become a poster cat for “specially-abled” animals, as Colleen calls them (“because they are special but perfectly able”) and it isn’t hard to understand why. As Colleen notes, “Goo is a fighter and he is fearless—he has taught me more than once to never judge a book by its cover.”

Thousands follow his adventures on Facebook. And then there is Gooey Wear (zazzle.com/gooeywear), proceeds from which go to rescue groups and shelters. Colleen uses Goo’s online popularity as a platform for raising awareness about animals facing challenges, and for sharing the great rewards that come from letting these special souls into one’s life. “Our primary goal is to help people open up their hearts and homes to speciallyabled animals and help them find the love, compassion, and forever homes they desperately deserve,” Colleen tells us, “Given the opportunity, their potential to change your life is unlimited!”

Goo and his human are eagerly anticipating the next big chapter in his story with a book about Goo in the works from author Anne Carmichael. Stay tuned. 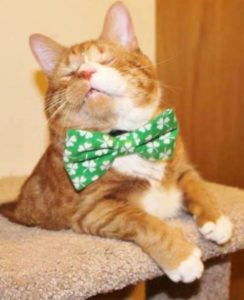 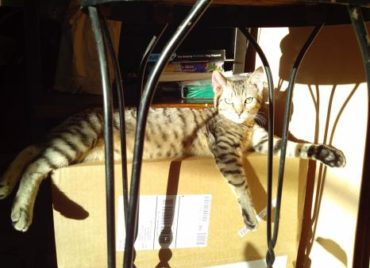 Cat Culture Quiz: What Kind of Cat Do You Have?
Comments (4) 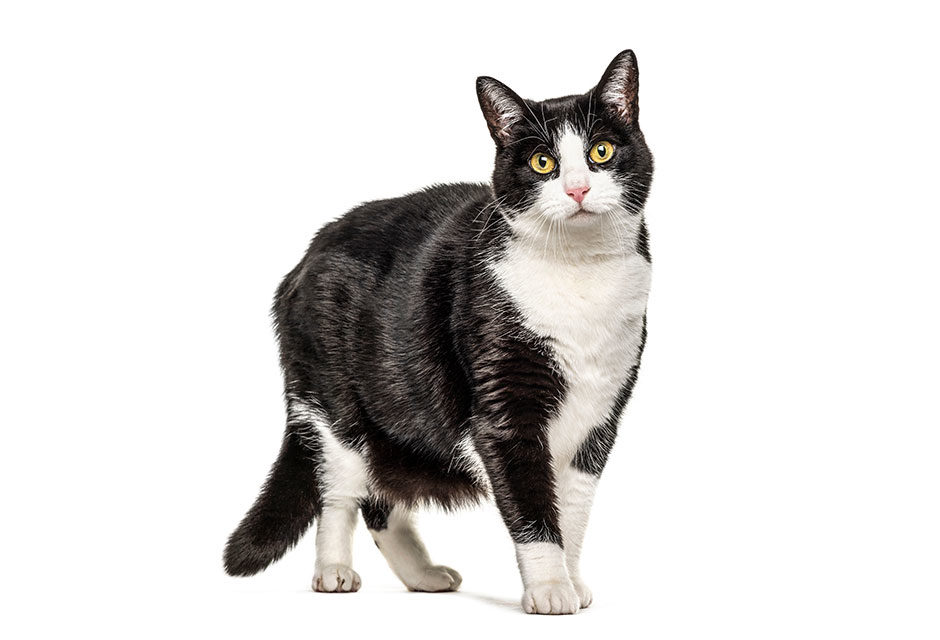 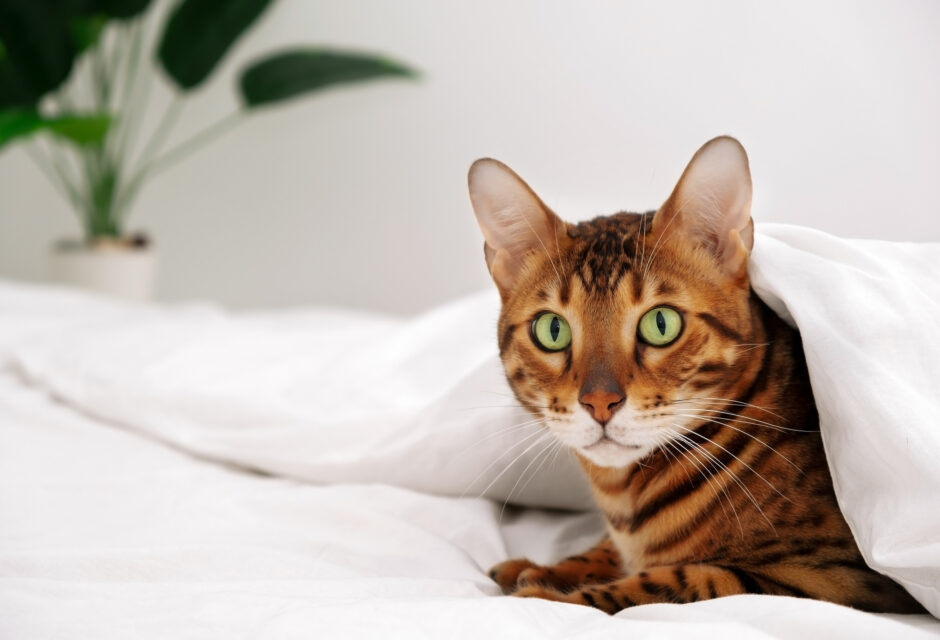 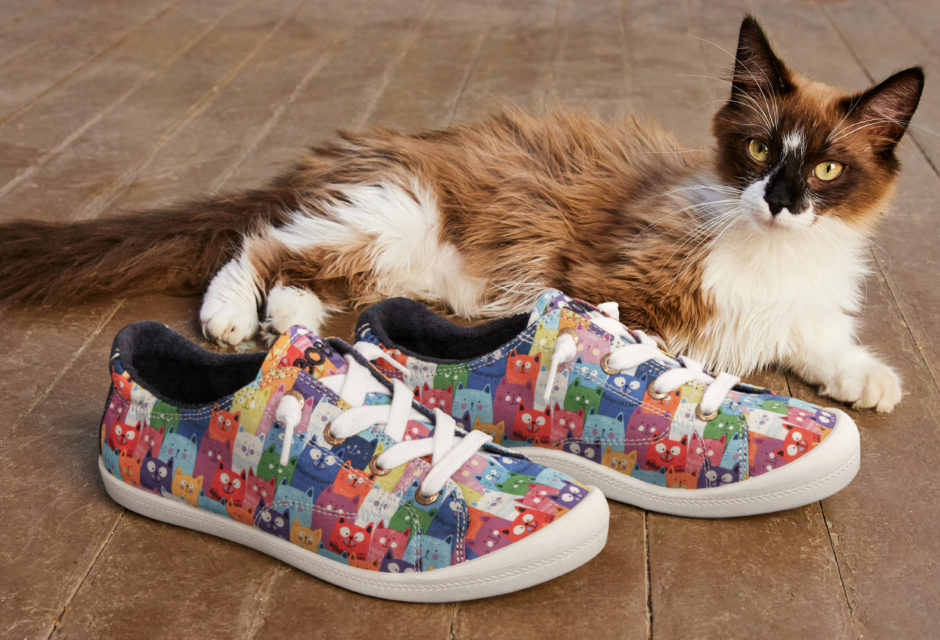 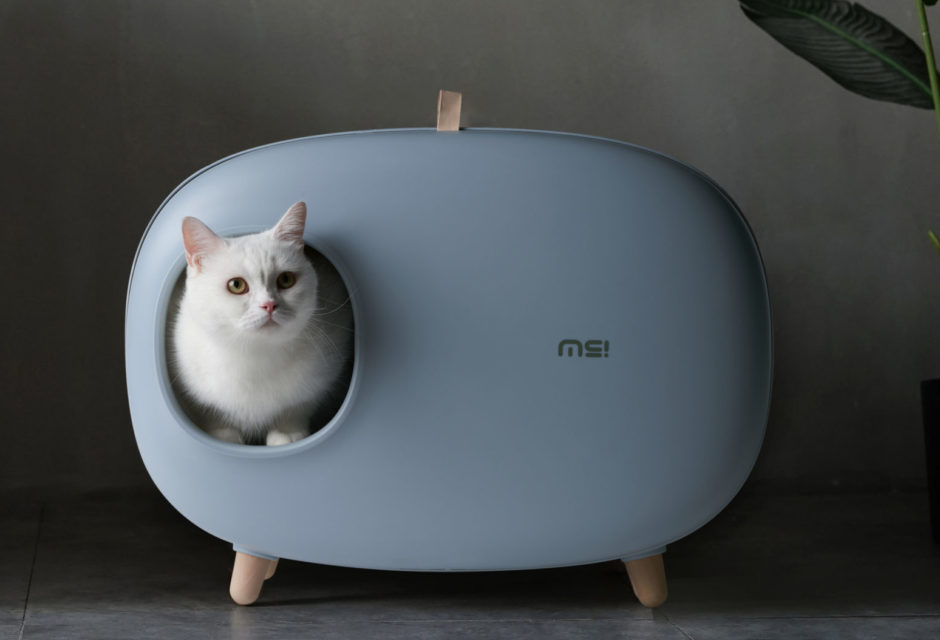