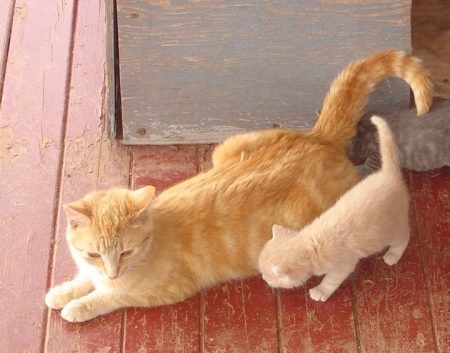 No Cat Is An Island

The Canadian province of Prince Edward Island is famous in the literary world for orphans finding homes, but we were thrilled to hear that fify-two homeless cats are arriving at their forever homes this week through the efforts of veterinary student Melissa Parsons and CATS PEI, a TNR organization. The cats have been rescued from an overcrowded Californian shelter, and Parsons’ efforts mean that these kitties get a second chance at life on the East coast. Every effort has been made to rehome these cats without discouraging adoption from local shelters.

No word however, if any of these kitties is called Anne, with an ‘E’.

Photo from CATS PEI (of redheads, of course!).