Spring is the season for being outdoors. For many that means slipping on their rubber boots and gloves, grabbing their shovel, and planting seeds in the hope of an ample garden in the near future. While preparing your plot, it’s important to take steps to ensure that it’s safe for your pets to enjoy as well.

“When planting your garden it is important to note that there are numerous house and garden plants which can be toxic to animals,” said James Barr, Assistant Professor at the Texas A&M University College of Veterinary Medicine & Biomedical Sciences. “Some include brunfelsia, oleander, and even lilies.”

Brunfelsia, also known as the “yesterday, today & tomorrow” plant, causes convulsive seizures in dogs, while cycads, low growing palm trees used indoors and outdoors, are toxic to the liver of dogs and they trend to chew on the roots.

“When the liver is contaminated, the dog’s body stops producing the normal clotting factors and the dog starts bleeding excessively. This can progress to the point where the dog bleeds to death,” said Barr.

While brunfelsia and cycads have not been known to cause problems in cats, lilies are especially harmful to them. Once ingested, cats develop symptoms such as nausea, vomiting, depression, and will stop eating altogether.

“Once ingested, the cat must be treated by a veterinarian, preferably within 24 hours and not later than 48 hours,” said Barr. “The toxin(s) present in the lilies are very toxic to the kidneys.”

Kolanchoe is a house plant that is known to be toxic. It contains a chemical which is similar to the human heart medication, digoxin.

“The garden plant oleander also contains digoxin-like compounds. Both kolanchoe and oleander can be toxic to all animals, including dogs and cats, if ingested,” said Barr.

Spring is a great time to enjoy the outdoors. Taking the time to make sure that everything you put in your yard is safe for your pet will ensure this time is special for the entire family. 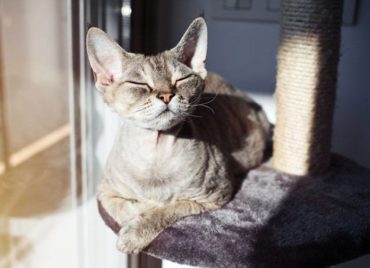 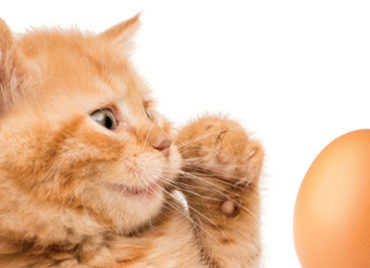 Wellness Is it Safe to Feed My Cat Raw Eggs?
Comments (0)