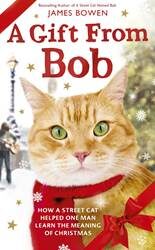 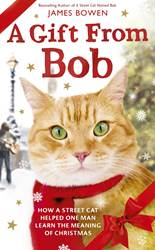 Author James Bowen and Bob the Cat will have cameo appearances in the A STREET CAT NAMED BOB film.  However, Bob is not a trained "actor", and an ensemble of "Bobs" have been specially trained in Vancouver by experienced trainers Mark Dumas and Dawn Dumas.  Each cat can now perform Bob's famous paw High Five.  The cats will also have to perform stunts such as the moment when Bob jumped on a bus to sit with James.

Luke Treadaway will play James Bowen and Ruta Gedmintas will play Belle.  British Independent Film Award winner Joanne Froggatt, who won a Golden Globe and has been nominated three times for an Emmy Award for her portrayal of Anna in Downton Abbey has joined the cast and will play James' drug rehabilitation counselor, Val.  Filming begins October 25.

A GIFT FROM BOB, Bowen's new book about life with Bob the Cat at the holidays and what Bob taught him about the meaning of Christmas went on sale this week in the U.S. (October 13).

Based on the international bestselling book, A STREET CAT NAMED BOB is a moving and uplifting feel-good true story:

When James Bowen found an injured, ginger street cat curled up in the hallway of his sheltered accommodation, he had no idea just how much his life was about to change. James was living hand to mouth on the streets of London and the last thing he needed was a pet. Yet James couldn't resist helping the strikingly intelligent tom cat, whom he quickly christened Bob. He slowly nursed Bob back to health and then sent the cat on his way, imagining he would never see him again. But Bob had other ideas.

Soon the two were inseparable and their diverse, comic and occasionally dangerous adventures would transform both their lives, slowly healing the scars of each other's troubled pasts. 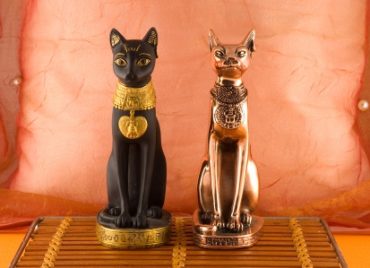 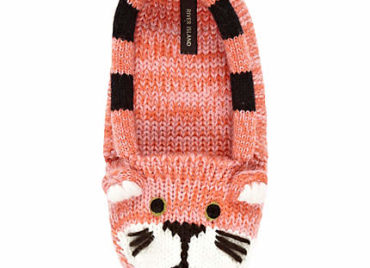