Meet this sweet survivor and the remarkable woman behind his rescue 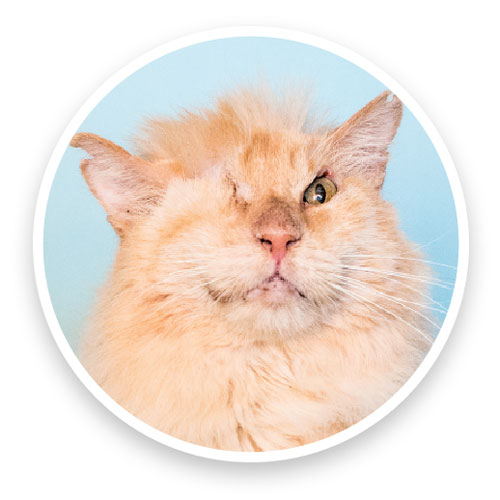 Sir Thomas Trueheart—or Tommy, for short—was living as a stray in a small community in the high Californian desert, living off whatever he could catch or dig out of trash cans and relying on the kindness of people who would sometimes feed him. It wasn’t great, but he was surviving, as they say. Then, dogs in the area started showing up with severe acid burns, the result of someone deliberately pouring acid on them. It wasn’t long before Thomas was seen in the backyard of a woman who was feeding him, half his face was melted away. He wandered for days with these horrific, infected wounds before the woman was able to scoop him up and take him to a vet. There it was recommended that Thomas, in terrible shape and also FIV positive, be euthanized, but the woman refused and instead reached out to a Los Angeles area-based group called Milo’s Sanctuary & Special Needs Cats Rescue. The all-volunteer team at Milo’s stepped in and had Thomas rushed immediately to their vet’s where he started treatment immediately.

It was two days later that Michele Hoffman, president and co-founder of the non-profit, met Thomas and “fell madly in love with him at first sight,” she reports. “Even bandaged and on IV’s he purred and wanted to be loved. I knew then we would fight for him and, no matter what, give him the chance he so deserved.” 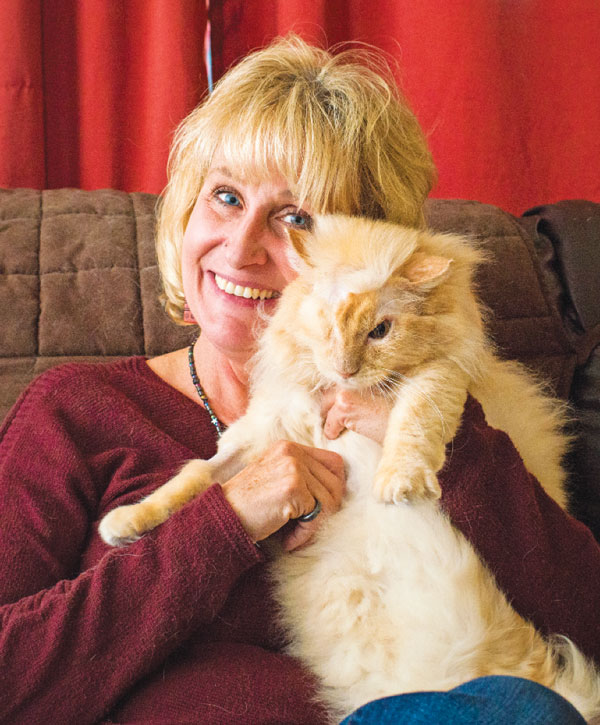 Thomas is now fully recovered and living the good life, residing with Michele and her four other personal cats. “He’s such a noble soul,” Michele says, and she would know. She started fostering 19 years ago when there was “no such thing as a ‘special needs cat’—the cats that had birth defects, illness, injuries, or were seniors were simply euthanized for being different or unwanted,” she recalls. It was these cats, the ones “falling through the cracks” that led Michele to create Milo’s Sanctuary. She’s been filling that void for almost 13 years. She even went to vet tech school to learn all she could so that she “had the knowledge to make sure the cats got all the medical care they needed.”

She is, as you may imagine, a well-informed and tireless cheerleader for adopting a special needs or senior cat. “The blind cats are the most loving and amazing cats I’ve ever met,” she enthuses. “They do everything any cat can do—they climb cat trees, they play, and their sense of smell and hearing are incredible. A senior cat is perfect in every way. They know their manners, they are sweet, and maybe spend a little more time sleeping but they play, groom, and are so beyond appreciative of a human to love them. I love the seniors because all they want is a warm lap, someone to love them, and they aren’t full of kitten energy!”

She does recommend that you make sure you have the time and finances to care for your adopted cat for the long term, saying, “remember, any animal you take into your home is a lifetime commitment and we all get old and need extra care!” 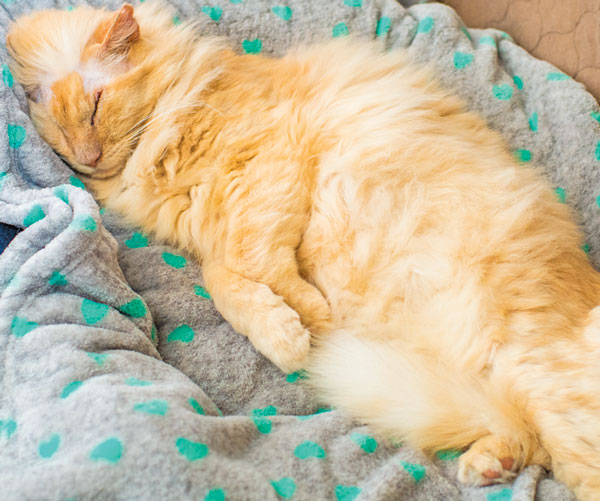 But overall, Michele’s over arching message is this: “In my many years of doing this type of rescue, one of the many things I’ve learned is that ‘special needs’ doesn’t mean a thing. Cats that are specially-abled don’t know they are any different from any other cat. They are simply cats who might need a little extra care and patience but in return you’ll have the greatest friend you could ever wish for!”

> Get involved!
You can help Milo’s Sanctuary by donating, sponsoring one of the cats in their Lifetime Care Program, volunteering, or doing a fundraiser—they’ve had people all over the world help raise funds. Just send them an email or reach out through social media. And if you’re wanting to volunteer but aren’t local, find a shelter or rescue in your area. There are lots of small groups all over the world that need help.