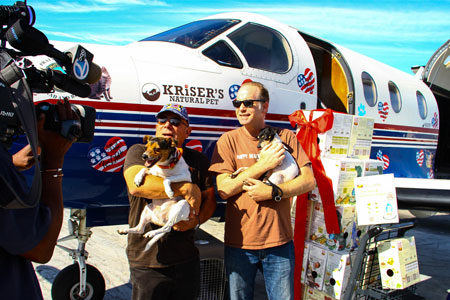 Wings of Rescue, Kriser’s and The Honest Kitchen Airlift Hundreds Of Dogs And Cats To Safety 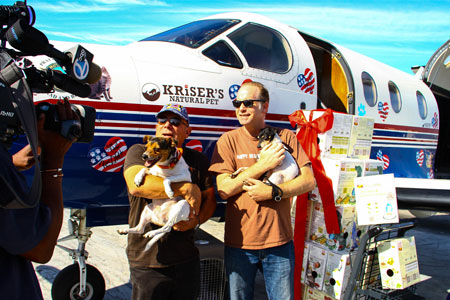 Kriser’s Natural Pet raised more than $20,000 to help hundreds of pet fly to forever homes with Wings of Rescue

This May, Kriser’s Natural Pet, along with its Pack of employees and customers, raised more than $20,000 to help save 200+ pets from kill shelters, flying them to freedom aboard Wings of Rescue flights.

Many of those sponsored pets took their flights this past weekend – when approximately 400 pets were airlifted from Southern California’s high intake shelters (where they were in danger of being euthanized) to rescues and shelters in New Jersey, Massachusetts and Washington. Kriser’s Approved brand The Honest Kitchen will send these pets home with a voucher for a free box of natural pet food to get their new lives started out right.

The Honest Kitchen produces a line of 100% Human Grade dehydrated whole foods for dogs and cats, which are made with love in a human food facility, and consistently supports charitable efforts throughout the year via its pawlanthropy program.

Approximately 400 adorable dogs and cats, many of which are sponsored by Kriser’s, boarded the Wings of Rescue “Independence Fights” to freedom over two consecutive days. All of these animals were rescued from animal shelters in Southern California, many resulting from the July 4th holiday weekend celebrations, a major driver of stray pets.

Wings of Rescue safely airlifted at-risk shelter dogs and cats to new loving homes in the Pacific Northwest and East Coast. With almost 3 million animals being euthanized annually in municipal shelters nationwide, Wings of Rescue is making a tangible difference by flying at-risk, homeless, adoptable pets to places where there is demand for these companion animals. Additionally, aboard these flights, the 20,000th pet was flown to safety since Wings of Rescue’s inception.

About the Honest Kitchen

The Honest Kitchen produces a line of 100% Human Grade dehydrated whole foods for dogs and cats, which are made with love in a human food facility (not in a pet food plant) for the highest possible quality standards. Dehydration is a gentle technique that removes only the moisture and retains most natural nutrients found in raw, whole foods. The private, family-owned company was founded by Lucy & Charlie Postins in 2002, and is based in San Diego, CA. The company employs thirty-three people, thirty-one dogs and six cats. The Honest Kitchen’s products are developed with uncompromising attention to detail by a company of pet lovers with a passion for food. For more information, please visit www.thehonestkitchen.com. 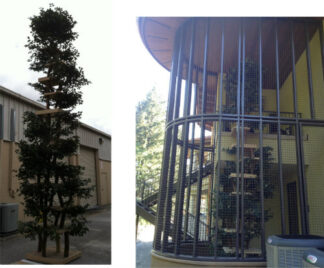 Cats in the News Pet Tree Houses Sets A Guinness World Re... 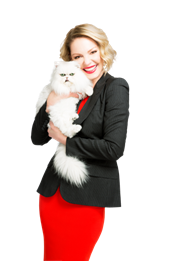