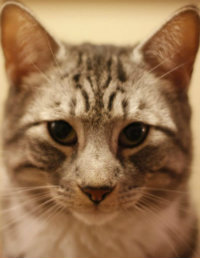 Lyle is a very special cat. He is probably about 11 years old, but he has the boldness of a much younger cat. Lyle was returned to the pound by his first owner (probably because of his vibrant personality). Being abandoned didn't do him any favours, and even though he is well-settled into a forever home (7 years and counting), he still has behavioural troubles like licking his human, chewing on everything, meowing at the door, and generally needing a lot of attention. He is an extremely accomplished (indoor) hunter, and is too smart for his own good. While many cats retreat from human contact when they have been dealt a tough hand, Lyle went the complete opposite way. He is the cuddliest, most devoted cat we have ever known. He wakes up and demands a cuddle, and he greets his family with purrs and loves at all times. He will try anything and everything, making him an excellent product tester.

It takes all kinds to properly test toys, and Lincoln is a great team member, covering the…um…more simple toys. He prefers to quietly observe the action, and is happy to have his much bolder brother, Lyle, take the lead on playing. He might be a bit dim. He is about 8 years old, and his beautiful medium-length orange fur is great for testing grooming products on. Lincoln is often wary of new situations (like many cats), and prefers to suss out the situation from his spot under the bed. All of that nervous energy sometimes makes it hard to see the biggest, kindest heart that lives beneath the pile of fur. He is a little nervous about having responsibility of being a product tester, but with his brother at his side, he will certainly give it his best shot! 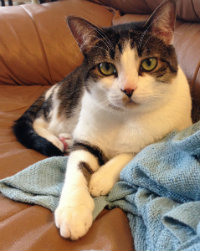 Penny was adopted with her brother Dorian in 2009 and she came with some special needs. Her cat mom and littermates were trapped and taken to an adoption agency, but little Penny was missed. She spent a few days by herself as a little kitten, and it made her a much more feral cat than her littermates. She has improved by leaps and bounds during her domestic life, and has now found a comfy position at Modern Cat magazine. She is a fantastic hunter! She loves to stalk and wait to make her move and then she pounces. She has an absolute favourite feather and ribbon wand that she will drag anywhere in the hopes that someone will pick it up and play with it. She loves food, but will, seemingly at random, stop liking certain flavours, so she keeps her mom on her toes. While she can be standoffish with new people, she has a lot of love to give, and with some patience, she will be your best, and cuddliest friend. As any dignified lady would be, she is pleased to be with Modern Cat and loves to put her skills to use trying out everything cat! 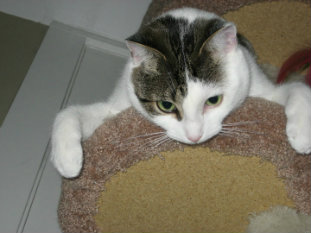 Dorian (Bean to his friends) was adopted along with his sister in 2009 and is thrilled to be among Modern Cat’s official product testers. His favourite toys are mice and shoelaces. His hunting strategy is to lead with his mouth, and just hope it works out. He is also fantastic at fetching. Dorian can be a bit picky when it comes to food, but he absolutely loves to make sure his mom knows that it is dinner time. He enjoys playing in water, and is always interested in the new water fountains that his mom brings home for him to try out. He was the runt of his litter and has a bit of a complex, so he likes to remind people that he thinks he is the boss. Despite the weird looks he gets, he loves to have his armpits scratched! He is very excited to be a part of this great team and loves being able to share his very astute insights. 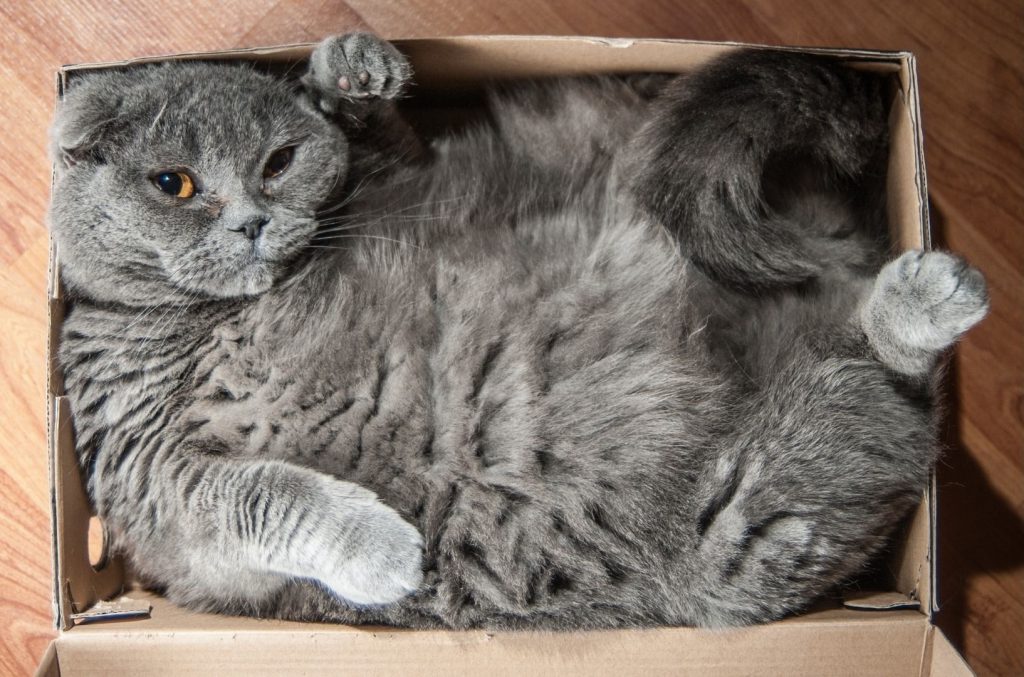