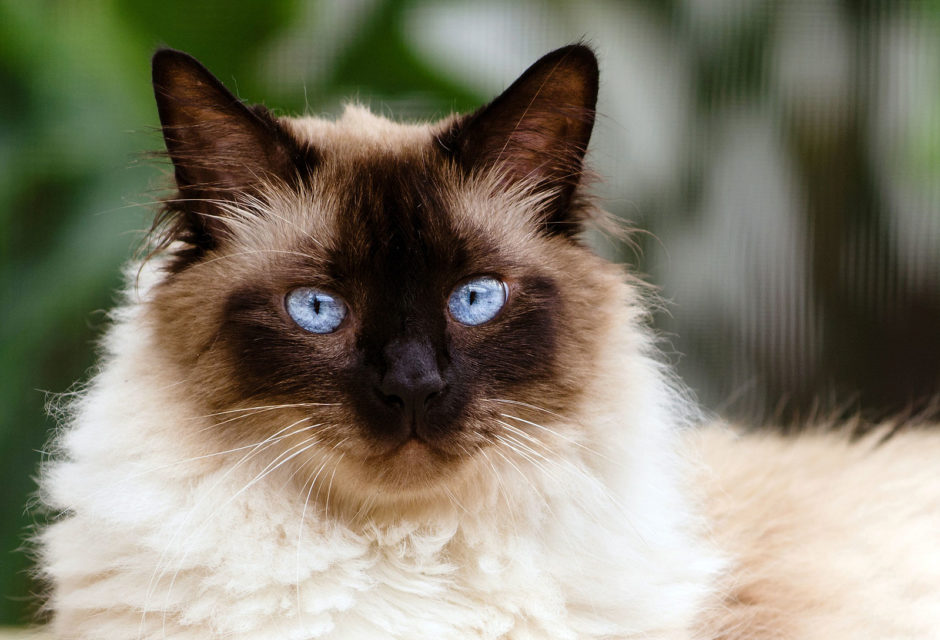 Nothing but the best for this purebred beauty

With its piercing blue eyes, majestic fluffiness, and unique colourpointed fur design, it’s no surprise that the Himalayan is one of the most recognizable breeds on the professional cat show circuit. And yes, there are cat-world equivalents to dog shows like the Westminster Kennel Club Show! Cat shows aside, the Himalayan’s laid-back personality and affectionate nature make these cats favourites in the pet world, too.

The Himalayan breed resembles a Persian cat, but with a specific eye colour—piercing blue—and colourpoint pattern. The darker-tipped fur and blue peepers are the breed’s most recognizable features, the result of crossing Siamese and Persian cat breeds. The body’s fur colour is lighter than that on the “points”—the face mask, legs, feet, tail, and ears. The face of the Himalayan holds one of its other unique features—a short, stubby muzzle that makes its face look rather flat and pushed in.

The process to create the Himalayan breed started around 1950 and took years of careful breeding to obtain the desired long hair and colour pattern. According to the Cat Fanciers Association (CFA), these colourpoint longhairs were bred back to Persians, and their offspring were further bred. By 1957, the Himalayan was recognized by Championship and American cat associations as a beautiful new breed. 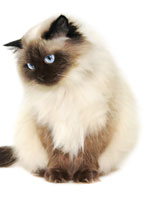 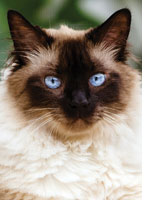 The American Cat Fanciers Association (ACFA) notes that Himalayan kittens are generally white when they are born. Fascinatingly, the gene that gives them their colour is sensitive to heat; the cooler the body of the kitten, the more colour you will eventually see on the cat’s points. Acceptable colour shades range from chocolate to lilac to red. Because the Himalayan has such a regal look, the breed is often portrayed as haughty or indifferent in television shows and movies. In actuality, the Himmy, as it is affectionately called, is quite lovable and tends to enjoy relaxed cuddles with his owner. These cats are known to be people-oriented, just like the Persian, and will most likely want to be a part of whatever their owners are doing. And if a Himalayan doesn’t think you’re giving him enough attention, he’ll likely let you know with soft, continuous meows and his big, soulful eyes.

The International Cat Association (TICA) describes Himalayans as intelligent and very in-sync with their owners’ emotions. This breed has a short, round body that is equally broad across the shoulders and rump. As such, it is not designed for flying through the air as some cats do during playtime. But don’t think that this cat is always a cuddly couch potato; the Himalayan has a playful side and most will bat around anything it can get its paws on for sheer enjoyment, from an expensive cat toy to a simple crumpled up piece of paper. Himalayans, however, are generally not destructive, so you won’t likely find them swinging on curtains or jumping from bookshelf to counter.

Not surprisingly, one of the more challenging aspects of owning a Himalayan is the grooming required. A Himmy will not be able to properly groom the entirety of his soft, flowing fur. If not groomed regularly and thoroughly, the undercoat of the Himalayan can become so severely matted that he might have to be shaved to start the coat over. It’s also not uncommon to have to give Himalayans baths, and we all know how much cats love water!

Due to the Himalayan’s Persian ancestry, some may have the gene that causes Polycystic Kidney Disease; good breeders should do DNA testing to screen for this. And like the Persian, the Himalayan’s brachycephalic face and nose can cause shortness of breath. Since the Himalayan’s eyes and nose are so close to each other, it’s a good idea to clean his face when regular nose or eye goop starts to accumulate. Do note, any cat with unusual nose or eye discharge should be seen by a veterinarian immediately.

Personally, I was lucky enough to be able to adopt my Priscilla, an elderly Himalayan, in 2011. Although she passed away in the summer of 2012, my time with her, though brief, was extraordinary. She was the most loving animal I have ever been in contact with, always greeting me right at the door with meows and a swish of her fluffy tail.

The Himalayan cat has it all—beauty, brains, and a loving temperament. Anyone who wants an affectionate cat that simply desires the love of her guardian will not be disappointed. I know I certainly wasn’t. 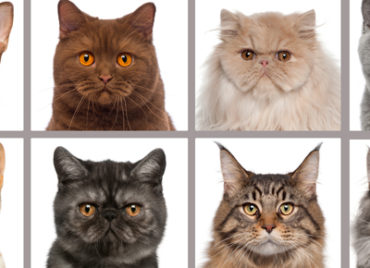 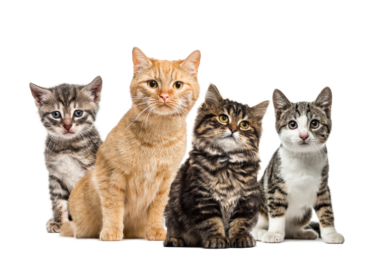