8 uncommon cat breeds and the cool traits (think curly hair, a love of water, wild cat spots, and more) that make them unique. 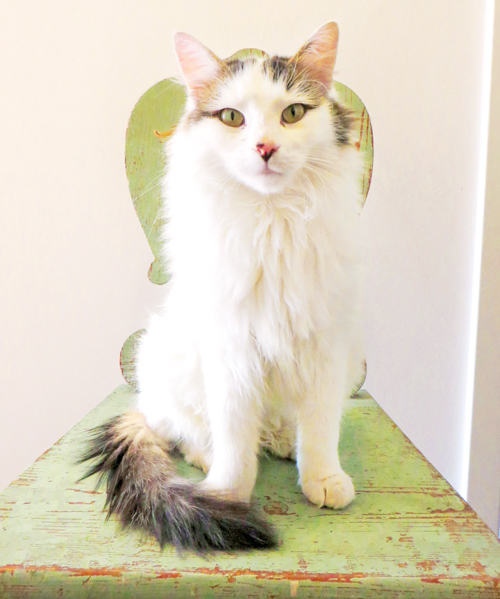 This ancient semi-longhaired breed was developed in central and southwest Asia, including parts of Iran, Iraq, and Turkey, then brought to England in the 1950s where it was further developed. The Turkish Van’s single-coated fur has a very soft texture and is water-resistant, something this water-lover can appreciate. Yes, this is a cat that swims. The breed’s coat pattern restricts colour to the head and tail. The rest of the cat is white. Eyes for this breed may be blue or amber, or even one of each. 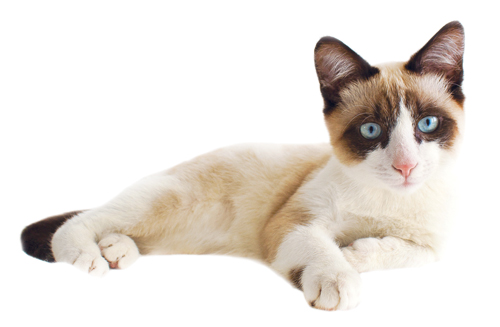 This rare breed originated in Philadelphia in the 1960s, when a Siamese breeder’s cat gave birth to three kittens with white feet. These uniquely-marked Siamese cats were then bred with American Shorthairs and other bi-coloured breeds. Today’s Snowshoe coat colour is pointed with a light body colour with darker ears, face, legs, and tail. His namesake white feet are part of what makes this breed rather unique. No doubt owing to his Siamese heritage, the Snowshoe is a very vocal cat. 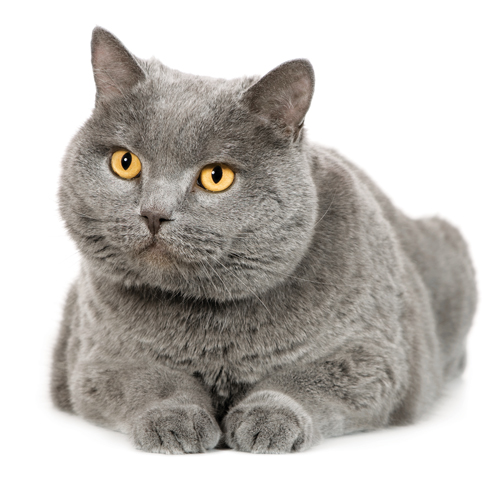 Research indicates that these French cats actually originated in ancient Persia and were most likely brought back to France by knights returning from the Crusades. A tough mouser, the Chartreux is a fine-boned but muscular cat with a woolly, water-resistant bluish-grey coat. But perhaps most unique is this breed’s smile—the result of a rounded head that tapers to a narrow muzzle. 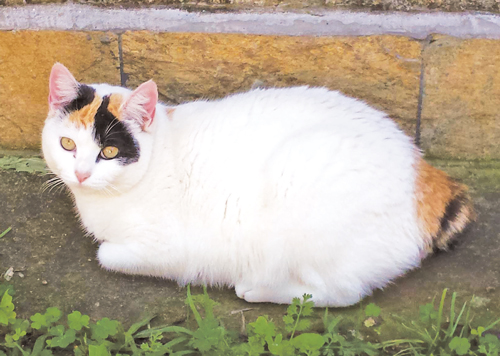 This ancient breed is native to the islands of Japan, where records suggest he arrived about 1000 years ago from China. Legend has it that, in the 1600s, the silk trade was in crisis due to damage from rats. In came the Japanese Bobtail, who saved the day (and the silk). His tail is very unique and can have any combination of curves and kinks. This cat’s back legs are slightly longer than his front legs, giving the look of a very muscular cat. His eyes are more oval than round. This is a cat known for his pleasant voice, which he uses frequently. 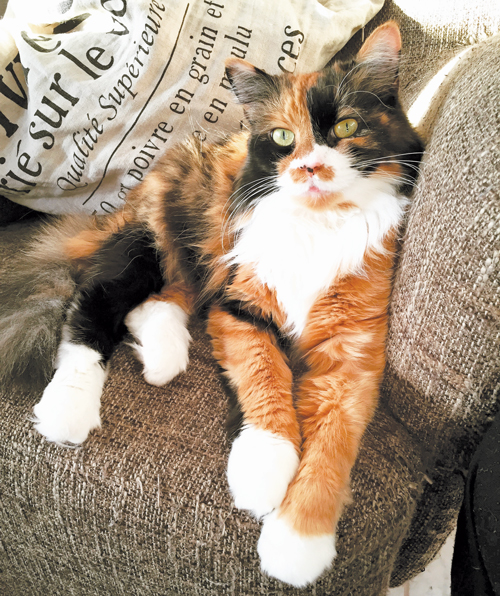 This semi-longhaired cat is a variety of the Manx breed, originating on the Isle of Man. Length of fur is the distinguishing factor between the two breeds, with the Cymric boasting a medium to long, dense fur coat. He’s a muscular, medium to large cat with a rounded appearance. Four different tail types are produced, ranging from tailless to fully-tailed. Cymrics are fascinated by water and have been known to take a swim now and then. 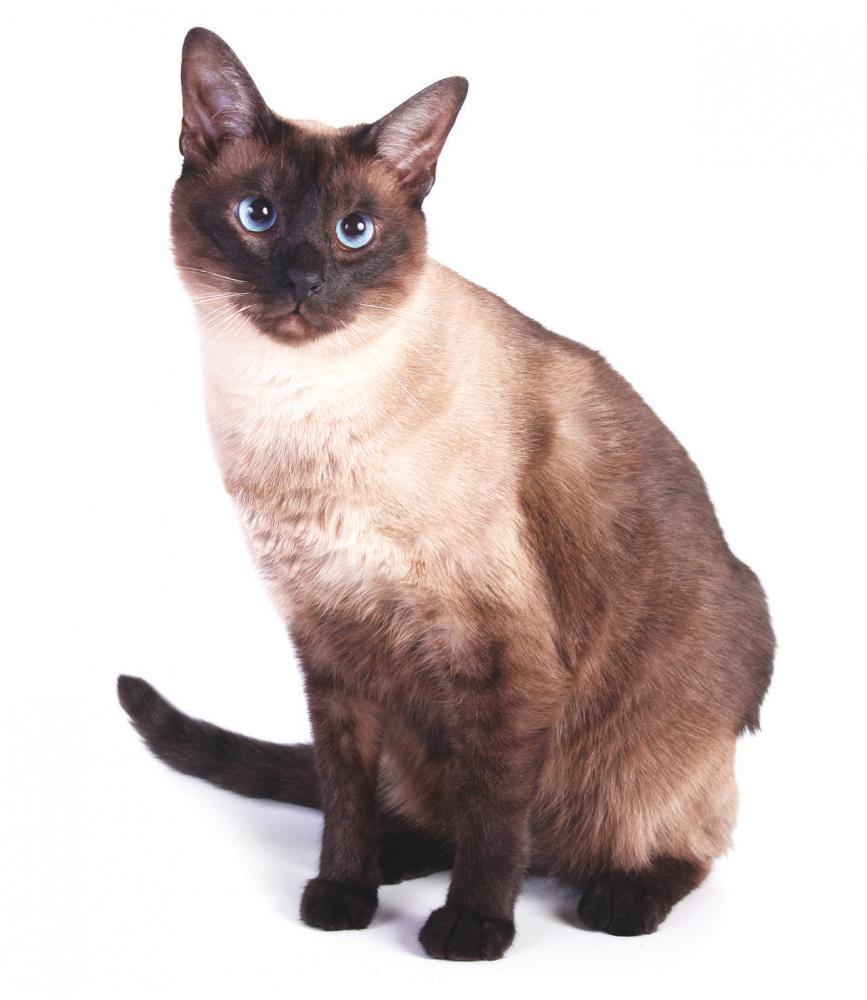 Development of this breed began in the 1960s, starting with a combination of Siamese and Burmese cats. Today’s Tonkinese is a medium-sized, muscular cat with short, silky fur and stunning aqua-coloured eyes. His head is wedge-shaped like the Siamese, though a little more rounded. Another trademark of the breed is its distinctive oval paws. 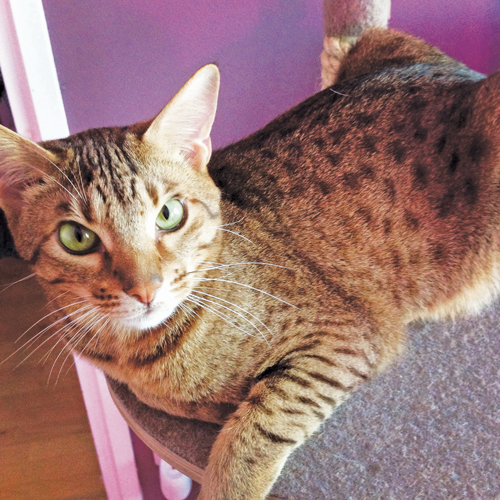 Spotted like a wild cat but with the temperament of a family pet, the Ocicat (named for its resemblance to the ocelot) is a show stopper. He may resemble a wild cat, but this is a truly domesticated feline, developed since the 1960s by the interbreeding of Abyssinian, Siamese, and American Shorthair cats. This is a large, athletic, and muscular breed that comes in a variety of colours. 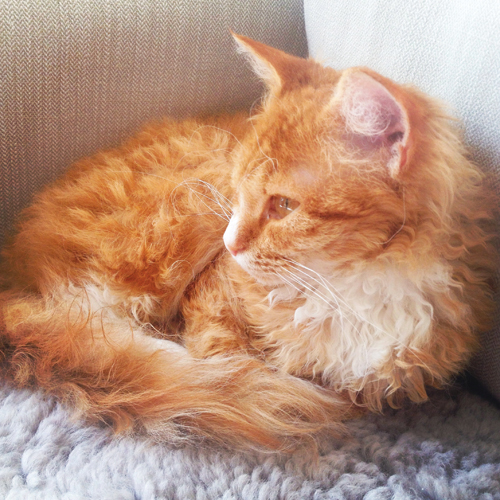 This new breed’s humble beginnings were on an Oregon farm in the early 1980s. A bald kitten born in a litter seemed to have no resemblance to its littermates or its parents. Within a few weeks, a soft and curly coat began to grow in. That kitten was eventually bred and, in subsequent generations, more bald kittens were born and the curly coat repeated. In time, the breeder developed a type and today the LaPerm comes in many colours and coat patterns. He might have a soft and wavy coat, or he might be sporting tight ringlets. Both shorthaired and longhaired versions exist.