PetSmart Inc's talks to acquire Petco Holdings Inc have stalled over disagreements about sharing the risk of getting the deal approved by U.S. antitrust authorities, people familiar with the matter said on Friday.

While the two companies remain interested in clinching a deal, Petco has turned down a proposal to compensate PetSmart in the event that the Federal Trade Commission asks for excessive store closures to allow the deal to go through, the people said.

The impasse has led to Petco asking private equity firms, including Apollo Global Management LLC, Hellman & Friedman LLC, CVC Capital Ltd and KKR & Co LP, to submit their final acquisition offers in the coming weeks, according to the sources.

Petco's private equity owners, TPG Capital LP and Leonard Green & Partners LP, are hoping to sell the company for more than $5 billion, including debt, though a challenging debt market and regulatory curbs on risky loans will make it difficult for some buyout firms to meet that price, the people said.

The sources asked not to be identified because the negotiations are confidential. Petco, KKR, TPG and Hellman & Friedman declined to comment, while PetSmart, Apollo, CVC and Leonard Green did not respond to requests for comment.

The risks for the deal, which would create a company that accounts for 30 percent of U.S. pet specialty supplies stores, stem largely from how the FTC would define this market.

If the FTC chooses to restrict its definition to specialty pet retailers, the deal would likely require more concessions to the FTC. But if it also includes other retailers that sell pet supplies, such as Walmart Inc, or websites, such as Chewy.com, the market becomes much bigger, and a combination would be approved more easily.

The antitrust risk associated with previous deals in the consumer sector has also worried dealmakers. In June, Sysco Corp had to abandon its $3.5 billion agreement to acquire US Foods, after a federal judge ruled against the deal. Sysco had to pay $300 million in break-up fees to US Foods' private equity owners, KKR and Clayton Dubilier & Rice LLC.

Another high-profile deal, the merger of Staples with Office Depot Inc, has been awaiting FTC approval for months.

Petco has registered for an initial public offering, which it will purse if a sale is unsuccessful. PetSmart was taken private earlier this year by a buyout consortium led by BC Partners Ltd for $8.7 billion, including debt. 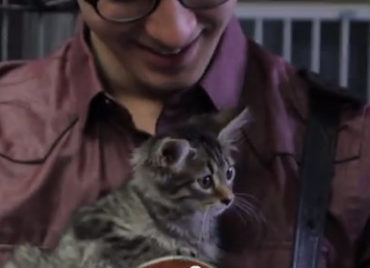