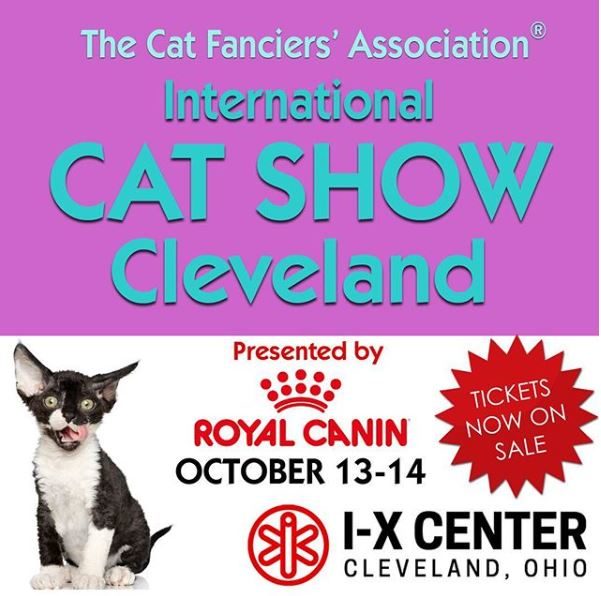 During the weekend of October 13-14, Cleveland’s I-X Center will be transformed into a mecca for all things CAT at the Cat Fanciers’ Association (CFA) 2018 International Cat Show presented by Royal Canin.

Attendees will be captivated by as many as 1,000 kittens and cats showcasing up to 44 different pedigree breeds from U.S.A., Europe and Asia. Winning mixed-breed pets and pedigree cats will be competing both days to become a judges’ Top 15 finalist, with the grand finale of “The Best of The Best” held on Sunday afternoon.

In addition to observing 16 rings of competition, you can also cheer on athletic cats competing in the agility ring, participate in interactive educational activities and create litter box art using NEON Cat Litter. There will be plenty of activities for youngsters including PEP! talks by Erica Falbaum of the Pet Education Project, arts, crafts and photo opportunities with Celebrity Cats such as Lil Mang the Lykoi Cat, SunglassCat and Farrah Pawcett the Sphynx.

Attendees can shop more than 50 artisans and businesses in the Meow Mall and have an opportunity to meet and adopt kittens and cats during the largest adoption event to ever take place at the I-X center. Get the lay of cat-land through show hall tours and have those smartphones ready for plenty of photo and selfie opportunities!

Everything you need to know can be found on http://cfa.org/InternationalShow on the web and on Facebook at https://www.facebook.com/cfaorg/.

About the Cat Fanciers’ Association, Inc.

The Cat Fanciers’ Association, Inc. was founded in 1906 as a not-for-profit association of member clubs and is the world’s largest registry of pedigreed cats. CFA’s mission is to preserve and promote the pedigreed breeds of cats and to enhance the well-being of ALL cats. CFA promotes education, responsible cat ownership and proper care to the owners of millions of cats worldwide. CFA and its affiliate clubs work nationally with local shelters to help humanely reduce homeless and feral cat populations and to encourage voluntary neuter/spay of pet cats.

Cats in the News Living With Cats In The Summer Months 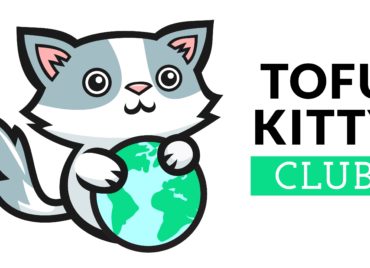