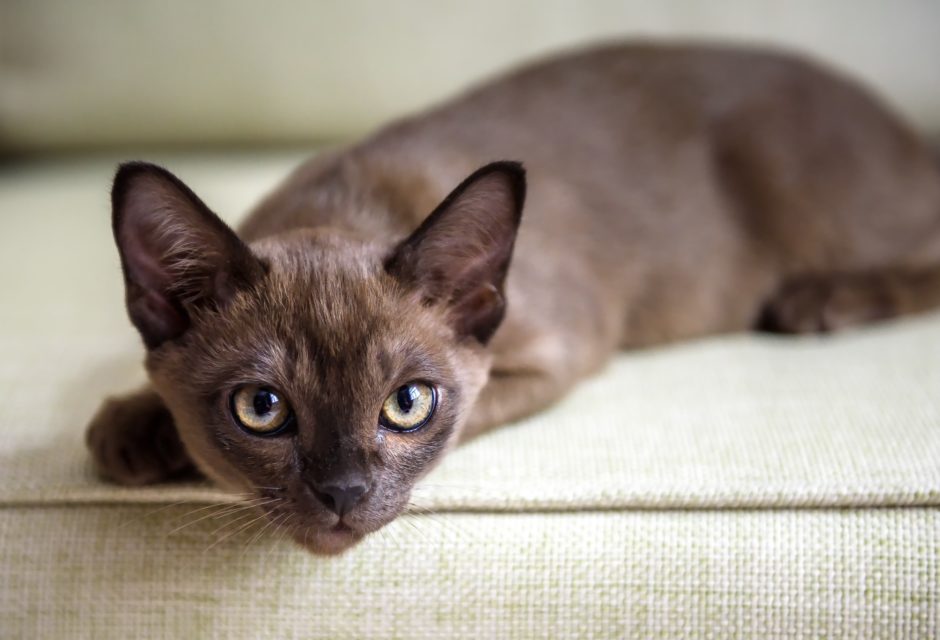 What to Do When Playful Cat Behaviour Goes Awry

Tips for dealing with predatory aggression

If you’re a cat owner, and especially a kitten owner, you’ve no doubt seen your cat run and pounce on a cat toy skittering down the hallway. How cute! The next thing you might witness is the sinking of teeth firmly around the toy as it’s carried away. Intense, but still pretty adorable! These playful (or predatory) behaviours are normal and one of your cat’s most ingrained instincts to help her develop her hunting skills.

Young kittens will practice several different motor pattern sequences over and over again and a notable increase in this activity is seen at four months of age. Sometimes cats can inappropriately focus this play/predatory aggression onto the owner or other animals in the household. For example, they might stalk us around the home and then out of nowhere, when we’re least expecting it (this is a honed skill of theirs by the way), attack our ankles or legs or even leap up to bite our hands or arms. Not so cute anymore, is it?

I always recommend adopting not one, but two kittens (or three!) 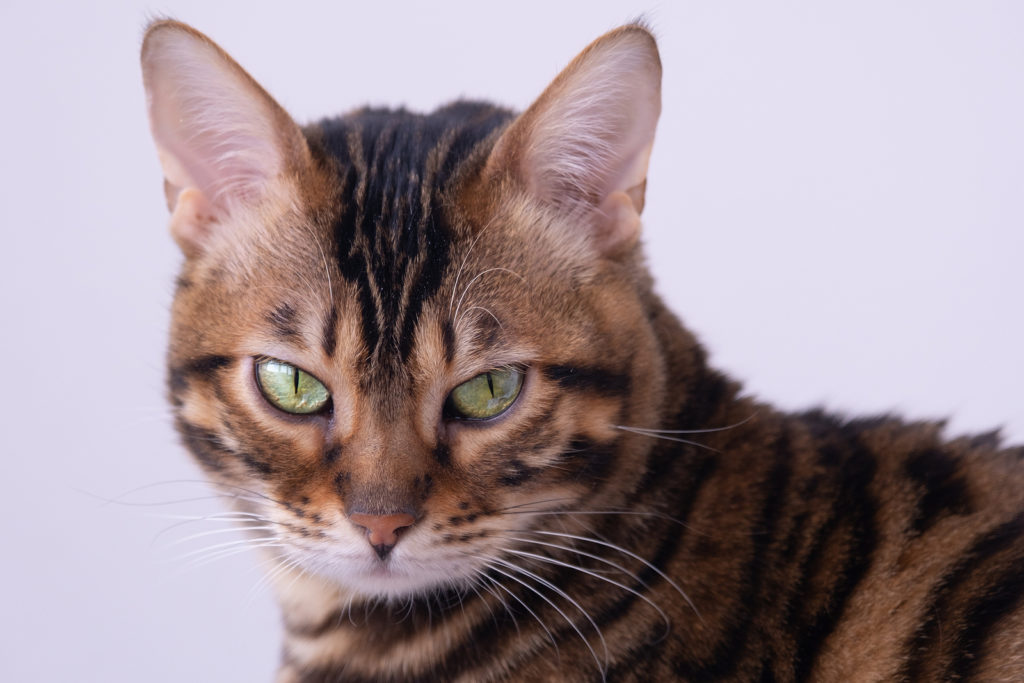 #1 Human-caused
When I conduct a Skype video behaviour consultation, I get to witness first-hand how the cat owner interacts with their cat. Too often I see owners use their hands to play with their cat instead of using cat toys. Dangling their fingers above the cat or turning their hand into a scampering tarantula ends up triggering their cat’s prey drive. Over time, this activity can create a cat that enjoys biting or clawing the owner’s hands or arms—not to mention other body parts like ankles and the occasional nose. Many of the aggression cases I see have been created in kitten-hood by the cat owner. It doesn’t take long for kittens to develop a hyper-focus on human hands as the best prey target in the living room to attack over and over again. In a natural environment, kittens still have their littermates and this allows them to continue practicing their hunting skills on one another. If you’ve only adopted one kitten, you may quickly become a surrogate sibling. This is why I always recommend adopting not one, but two kittens (or three!).

#2 Lack of early socialization with mother or littermates
Kittens taken away from their mother or littermates at any time during the sensitive period between two and seven weeks (and even before 12 weeks) miss learning many important elements in how to play appropriately, including inhibiting bite pressure, using paws instead of unsheathing claws, and reading social cues and respecting boundaries.

#3 Malnutrition
Kittens that suffered from malnutrition can have problems with responsiveness and coordination. As a result they could be more fearful, reactive or aggressive. 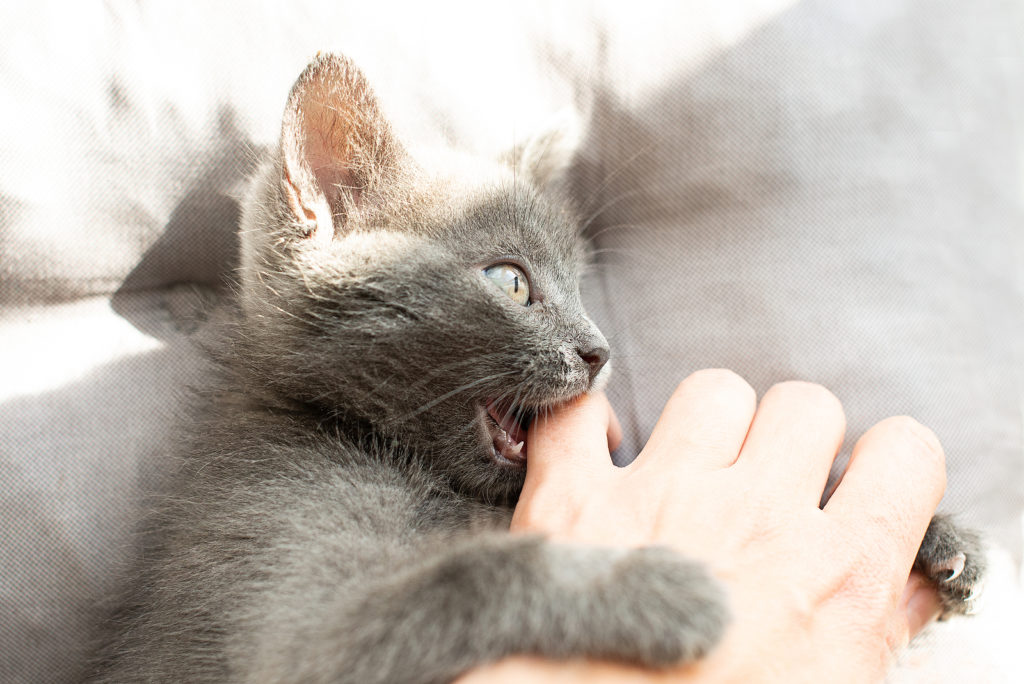 Your Plan of “Attack”

Avoid the situation Stop training your cat to go after your hands by not using your hands for play and be mindful of your movements from other body parts that could elicit a play/prey response.

Anticipate In order to avoid an impending attack, learn to read your cat’s body language.  Watch for intense staring, lashing or twitching tails, ears turned back or flattening, unsheathing of the claws, engaging in the “butt-wiggle,” stiffening of the legs and shoulders, and lowering the head.

Distract and redirect If your cat is showing signs of an impending attack, intervene before the aggression begins by tossing a toy away from you or by maneuvering a wand toy.

Focus on appropriate prey targets Play with your cats at least once daily (and kittens several times a day) to help focus their play/predatory aggression on the appropriate target. Use wand toys that you maneuver like real prey and also toys that you can toss for your cat. You can also place toys in multiple areas of your home for your cat to investigate. Have battery operated toys on hand and other toys your cat can play with when you’re not around. Because cats catch different types of prey, it’s important to offer different types of toys. I love the new interactive wand toy The Playful Panther that I helped develop. It triggers my cats’ prey driver like no other.

Environmental enrichment Many cats are kept in homes that are mundane and lacking in physical and mental stimulation. In addition to offering a variety of cat toys, add cat tunnels, cat shelving, cat scratchers, cat trees, and a food puzzle to help keep the focus off of attacking you. If you have a single cat or kitten household, consider adopting a second cat or kitten to keep your cat occupied and not wanting to sink his teeth into you.

Socialization Kittens need to stay with their mother and littermates until 12 weeks.

NEVER physically punish a cat for aggression. You will not improve the situation; instead, you’ll easily make it worse and even create new kinds of aggression like fear-based aggression.

Be patient! Habits not only take time to form, they also take time to break! Also, as a kitten becomes more mature, inappropriate play/predatory aggression can disappear on its own.

Find some awesome cat toys in our shop! 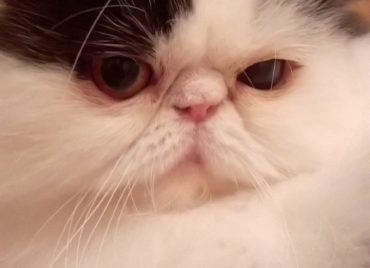 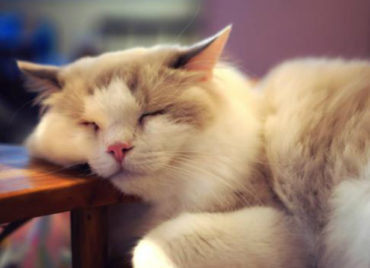 Behaviour Ask Lyle – How do I adjust my huma...
Comments (8)