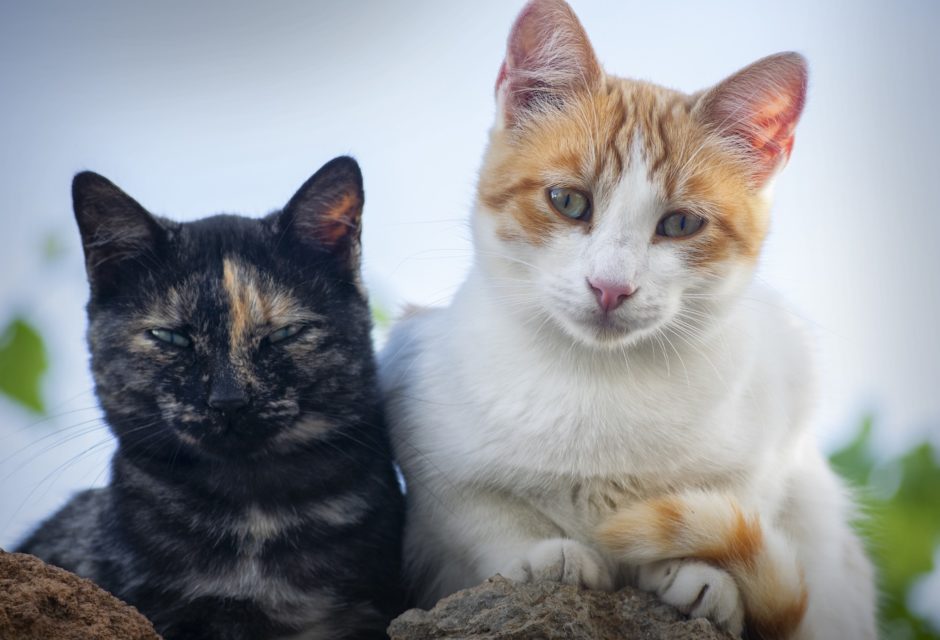 Have Your Cats Unfriended Each Other?

The importance of social hierarchy in your multi-cat household

Many cat owners I work with at The Cat Behavior Clinic often refer to one of their cats as the “alpha cat.” But as mentioned in my cat behavior book, The Cat Whisperer, the truth is, there is no such thing as an “alpha cat.” Instead, cats have a very flexible social hierarchy and their ranking system is based on taking turns using different resource locations in their environment. Cat behaviorists often refer to this ranking system as a Spatio-temporal dominance hierarchy. How to get two cats to get along?

If there are not enough resource locations around your home for food, water, litter boxes, cat toys, cat scratchers, and perching and resting areas, it will make time sharing, or establishing the hierarchy, very difficult. Bullying behaviour and hostility among your cats may surface. In extreme cases, some cats will begin urine spray-marking around the home to convey to other cats who gets what area and when.

“For cats, issues of rank and territory are inextricably entwined so cats look for ways to move up in rank in order gain more territory and vice versa.”—excerpt from The Cat Whisperer

Examples of How it Works
When a particular cat is using a food location, say in the kitchen at 9:00 a.m., they are the high-ranking cat in the kitchen at that particular time of day. A different cat will then come along and use that same food location at noon and they are the high-ranking cat at that location at that time. This day-to-day activity is called time sharing. Beginning at about two years of age, cats move into adulthood and start thinking territorially about important resource locations because they want to begin structuring the social hierarchy. To do this, they will take turns using all the different resource locations (food and water areas, perching and resting areas, litter boxes, cat toys, and cat scratchers) in the environment to show who is high-ranking and when in specific locations. 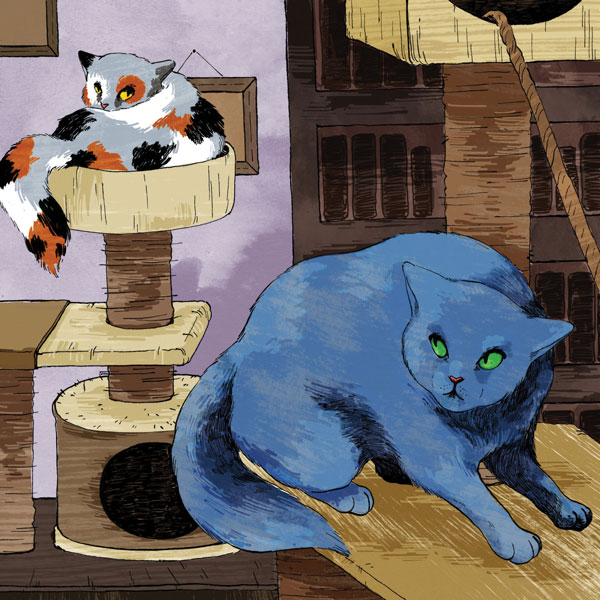 Another example: You have one water bowl in the kitchen for your five-cat household. This will make it difficult for cats to work out a time sharing arrangement for that single water bowl location. Even if you have five water bowls in the kitchen a few feet apart, this is still only ONE territory location in your environment for the water. Your cats will still have to figure out a way to filter in at different times of the day to claim that area and drink the water.  This not only causes competitiveness and potential hostility between your cats, but certain cats in your household may not be drinking enough water because you’ve created this difficult time sharing situation for them. This can lead to health issues.  Dr. Brad Krohn, DVM, Professor of Veterinary Technology at Portland Community College says, “Helping maintain your cat’s hydration is critical to their overall health. Cats can quickly become dehydrated, especially kittens and geriatric cats. Common diseases such as feline lower urinary tract disease, urinary tract infections, and chronic renal failure can be exacerbated by seemingly mild levels of dehydration.”

Our domestic cats still have wildcat instincts thanks to their predecessor, the African wildcat. The wildcat’s environmental landscape did not have all their resources consolidated in just a few areas.  Food and hunting grounds were in many areas as opposed to just one area. Trees to perch in were not all located in one corner of the forest; they were located all over. Mimic this by placing all of your cats’ important resources North, East, South, and West throughout the home in multiple locations. This will decrease territorial thinking and help your cats get along better and think less competitively.

How To Get Two Cats To Get Along:
• Food: Feed your cats in very separate locations throughout your home. It goes against a cat’s instincts to eat together with all the other cats on 5th and Maple. Just like the African wildcat, our cats are solitary hunters and want to eat on their own and feel as if they own that particular territory. Your cats may appear to get along while eating near each other, but you might see friction and bullying behaviour later on in the day because you have given them the sense that the food location is scarce and have made time sharing (aka establishing the hierarchy) nearly impossible.

• Litter boxes: Have at least one litter box for each cat and then add one more to the total. A four cat household should have five boxes, but in at least three locations and preferably five locations if possible. Again, where in nature do all cats visit just one latrine site? This doesn’t happen. Having all your litter boxes in the laundry room can actually be causing hierarchy structuring issues and hostility between your cats. It can also cause them to carve out new litter box locations on your sofa or dining room carpet.

• Cat Scratchers: Have multiple cat scratching areas in different areas of the home instead of just one area.

• Cat Toys: Replicate the feeling of plentiful “prey” for your cats by having cat toys located in several areas around the home as opposed to only one basket of cat toys in the living room. Also, be sure to never play with your cats at the same time using just one wand toy and expect them to take turns. Again, cats are solitary hunters and this kind of activity goes against their instincts. It can create competitive thinking leading them to unfriend each other. And we certainly don’t want that! When you have two cats you want them to get along and be friends.

P.S. Need some new toys for your cat? Find them in our shop!

Mieshelle Nagelschneider performs phone and video cat behaviour consultations nationally and internationally. You can contact her at thecatbehaviorclinic.com. 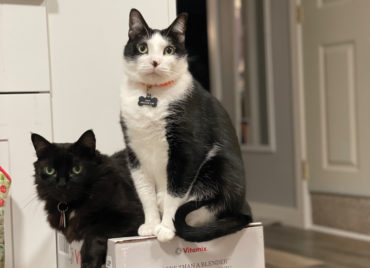 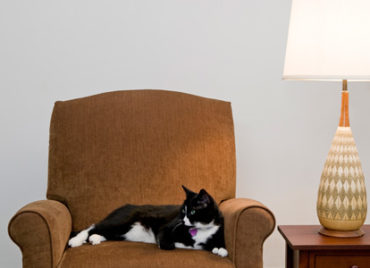