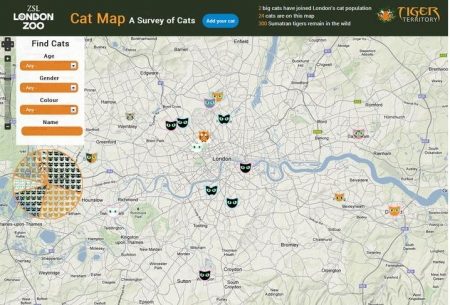 Map Your Cat (If You’re A Londoner)

Using techniques employed by top conservationists, the London Zoo is asking Londoners to submit their cats to a online map, hoping to get an idea of the numbers and distribution of domestic cats in the city.  The Zoo has already gone ahead and submitted their own cats to the map, except that they’ve included  Jae Jae and Melati, the new Sumatran tigers that have just arrived at the facility.