Research scientists at Texas A&M University and Faculdade de Biociências in Brazil have moved a step closer to understanding the rich evolutionary history of the cat family. In a paper, featured on the cover of Genome Research, the researchers constructed extensive family trees of the 38 cat species, which illustrated maternal, paternal, and biparental lineages within the cat family. However, they found that lineages are not completely linear. Instead, this study revealed that feline ancestry has been shaped throughout its evolutionary history by hybridization.

For this study, researchers used genome-wide Single Nucleotide Polymorphism (SNP) data—which identifies differences in individual base pairs—with genes from both the X and Y chromosomes and autosomal, or non-sex chromosomes, in addition to sequencing complete mitochondrial genomes, which indicate maternal lineage. This data was complemented by new whole genome sequencing data from the closest species to the domestic cat, as well analysis of the tiger, snow leopard, and lion genomes.

“Our results finally resolve much of the discrepancies in the literature over the past two decades as to how cats are related and the cause for many of the conflicts between different scientific publications,” said Dr. William Murphy, professor in the Department of Veterinary Integrative Biosciences (VIBS) at the Texas A&M College of Veterinary Medicine & Biomedical Sciences and an author of the study.

“The results also highlight an emerging trend in the literature that hybridization between different species is common and may actually be adaptive. One novelty of our study is the illustration as to how common this process is across a broader phylogenetic scale—within an entire family of mammals—than previously has been shown in isolated pairs of species.”

“Dr. Murphy is an extremely meticulous investigator whose prior work helped create the field of phylogenomics, which uses genome analysis to establish evolutionary relationships of species,” said Dr. Evelyn Tiffany-Castiglioni, department head of VIBS. “This new work will contribute greatly to our understanding of hybridization as a force that has shaped and is shaping speciation in cats.”

The researchers found that there were nine differences between the maternal and biparental trees. For example, the maternal tree indicated that the puma lineage was more closely related to the lynx/bay cat group, whereas the biparental tree showed the puma lineage as more closely related to the Asian leopard cat/domestic cat group. Researchers concluded that the most likely cause of this, and other discrepancies between family trees based on different modes of inheritance, is due to ancient hybridizations. Hybrids may have then mated with non-hybrids, introducing variations back into the species.

Additional factors influencing feline evolution include the fact than male hybrids are more often sterile than female hybrids and the males are often more geographically dispersed than females.

“We identified traces of hybridization within the genomes of more than half of the eight cat lineages, where stretches of DNA sequences are far more closely related between pairs of non-sister species than would be expected by random processes,” Murphy said. “In several of these cases, the evidence for hybridization in the nuclear genome, which is inherited from both parents, is matched by similar patterns in the mitochondrial DNA, which is only inherited from the mother.”

Ancient hybridization may have led to the discrepancies between the biparental and maternal lineages of the snow leopard. Specifically, genes on the X chromosomes of lions and snow leopards were shown to have diverged at a more recent date than did genes on autosomal chromosomes. Additionally, snow leopards retained a mitochondrial genome that is more similar to the lions’ mitochondrial DNA, when compared to other parts of its genome. The study suggested that these results are likely due to early hybridization between the ancestors of the two species.

“We know that ancient hybridization in the wild is consistent with extensive evidence for hybridization that has occurred between many distantly related cat species in captivity, such as the liger—a male lion crossed with a female tiger,” Murphy said. “One of the world’s most popular cat breeds, the Bengal, is a hybrid between the domestic cat and the Asian leopard cat, and several other increasingly common cat breeds are of hybrid origin.”

The researchers also note that, while hybridization is a natural part of evolution, factors such as poaching, loss of habitat, and climate change have the capacity to affect future feline evolution, particularly in endangered species. They also emphasize the importance of understanding natural versus human-caused hybridization. 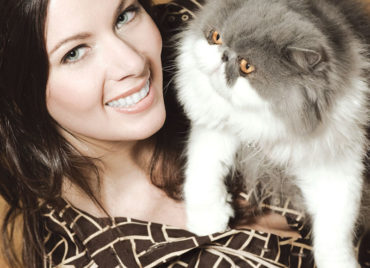 Behaviour Get Your Whisper On! Feline Dining and D... 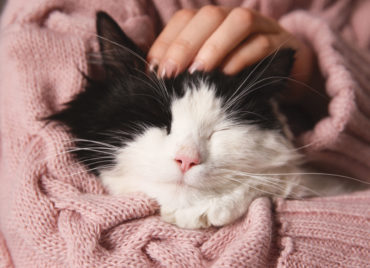 Behaviour How to Pet Your Cat: Why You’re Pr...
Comments (0)