Donations touch shelter pets and people, including victims of domestic violence at Urban Resource Institute, a New York City-based organization that keeps families and pets together during a critical time

ST. LOUIS, March 21, 2016 – Nestlé Purina today announced that in 2015 the company donated $31.5 million worth of pet food, pet supplies and monetary contributions to pet-related charities and other community organizations across the country. The donations reached more than 120 pet welfare groups and the Urban Resource Institute, which operates four domestic violence shelters in the New York City area.

In 2014, Purina’s donations exceeded $27 million, bringing the total amount donated to pet-related charities and community organizations the past two years to $58.5 million.

Purina in 2015 donated money and pet supplies to the Urban Resource Institute to help URI build the first dog park – the Purina Pet Haven – in a Manhattan-based domestic violence shelter. Studies show that as many as 48 percent of domestic violence victims stay in abusive situations out of fear for what would happen if they left their pets behind, and more than 70 percent of pet owners who enter shelters report that the abuser has threatened, injured, or killed family pets.

The new dog park opened in October at Urban Women’s Retreat, a Tier I emergency shelter that is part of the URIPALS (People and Animals Living Safely) program. URIPALS is the only program in New York City, and one of few nationally, that allows survivors of domestic violence to live in the shelter with their pets.

“Through the URIPALS program we have witnessed first-hand how important it is for survivors to have their beloved pets by their side through the healing process,” said Nathaniel Fields, president and CEO of URI. “From early on in this program, Purina has been committed to supporting survivors of domestic violence and their pets. We see every day how the new dog park plays an integral part in helping our clients heal, and for that we are extremely grateful to Purina.”

In 2013, URI launched the PALS program, and in 2014 Purina sponsored the creation of the Purina Play Haven at URI’s Safe Haven shelter in Brooklyn, the first-ever dog park at a domestic violence shelter in the New York City area.

United by the belief that pets and people are better together, URI and Purina are helping to reduce barriers to safety for families with pets in domestic violence situations and hope to continue raising awareness about the impact of abuse on the whole family, including pets.

Pet-welfare organizations used Purina donations for a variety of needs in 2015, including construction and repairs to pet shelters at organizations that are working to find forever homes for dogs and cats. For example, Purina donated $30,000 to the St. Croix Animal Friends in Hudson, WI. – near the company manufacturing plant in Hager City, WI. – to support the organization’s goal of building a new shelter to serve the needs of local residents and pets.

“At Purina we take our role as a responsible corporate citizen seriously and have always believed in supporting pet-related organizations in our hometown of St. Louis and in communities across the United States,” said Kasey Bergh, director of Community Affairs, Nestlé Purina PetCare. “We believe that when pets and people are together, life is truly better, and we’re very passionate about supporting charitable organizations that share our vision.”

Each year approximately 8 million pets enter shelters in the United States, and approximately 4 million are adopted each year. Pet welfare organizations rely on the support of donations to keep their operations running smoothly, so they can reach their goal of finding forever homes for all homeless pets. 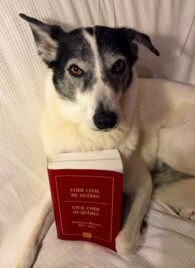 Cats in the News One Year After the Launch of the Animals... 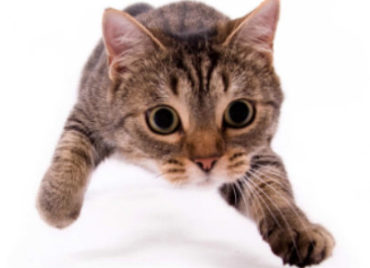 Cats in the News Is your cat the next big star?
Comments (0)