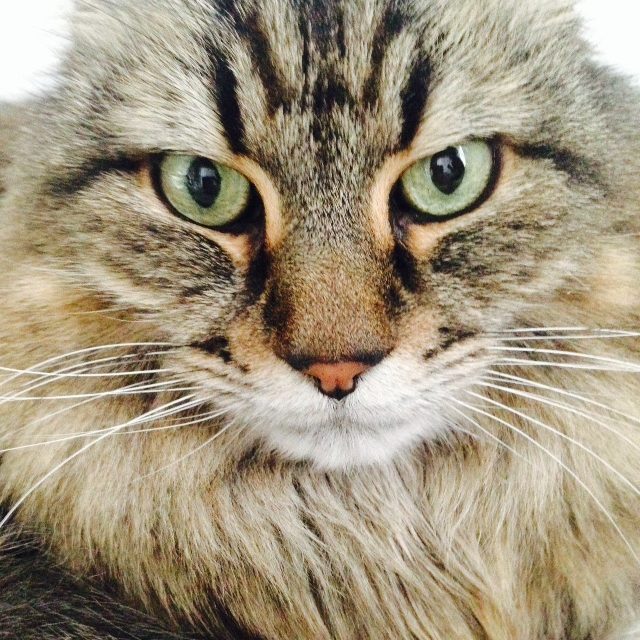 Behaviour Cats in the News

Which Cat is Top Cat? And Which One is the Bottom?

How do you know which of your cats is top cat and which is at the bottom?

Sometimes these are silly questions because it is clear and well understood and mostly accepted by all. And sometimes it is not so obvious.

The question makes me think of one of our cats and so I decided I should tell her story. Her name is Merry Christmas, AKA Merry, AKA Mimi. She was dumped in a very huffy angry manner at my feline practice 11 years ago over the Christmas holidays. She’d been an unwanted Christmas present and was practically thrown through the door, all 1.25 pounds of her. Too little to be apart from her mother, too little to stay at the clinic, I took her home and until recently that is where she stayed.

But through the years we barely ever saw Merry. In fact, when she dared leave my daughter’s room any glimpse of her was a rare treat, as though we were sighting a magnificent elusive cougar out in the wilds. Could it be true, did we really see her flash by? How beautiful she is.

Watson and Louis did not outwardly bully her, they have never said an angry word to her, but dominance in cats is like that. It is subtle and not exerted 100 percent of the time and so we humans often do not understand the extent of it. I think of the cat as being highly civilized. They work hard to get along but there are rules. Sometimes just a flick of the tail or the turn of an ear can signal important messages to underling cats to keep them in their place. Merry lived a marginalized life in our home. Bright eyed and comfortable only on my daughters bed or sitting on her book shelf looking out the window, and eager to stay there except for meal times when she happily ate with the boys before slipping unseen back undercover.

Naturally when my daughter went off to school and was settled into her own apartment she wanted to take Merry along. And Merry has bloomed. She struts about as though she owns the space. She plays, she grooms, she lounges and she meows and sits on laps all of which she rarely did before. Some cats do better as single cats and Merry certainly is one of them. Her name now suits her perfectly.

Merry’s situation was probably not just a matter of dominance, though cats at the bottom of the pecking order generally do use the least amount of house. It can be much more complex than that. She likely came from feral beginnings and was taken from her mother a little early. Many feral cat mothers are very young themselves and are stressed with finding shelter and food on top of growing and pregnancy and so their young are developing in a mother who has very high resting cortisol levels. This primes the kittens to be poorly adaptive to stress even before they are born. These become the cats that do not sit on our laps; that hide when company comes and who rarely use the entire house and frequently suffer from inflammatory disorders like urinary problems or colitis for example. We think them aloof and antisocial but really we expect too much of them.

If you live with a cat like Merry there are many things you can do to increase her comfort without rehoming her. Find ways to enrich the environment with lots of hiding places, boxes and cubbies, more vertical spaces for climbing and perching, maybe even an outdoor enclosure; well placed resources like litterboxes and food and water bowls. Toys and games (check out the games for ipad for example), hiding treats. Pheromones in the form of collars, or sprays or diffusers are particularly of value for multi cat households as are certain nutriceuticals that help augment happy neurotransmitters like serotonin- your vet can direct you to these supplements. Now when Merry comes home, she is a much more confident cat and she is more willing to share space with the boys.

Until next time with Feeling Feline, 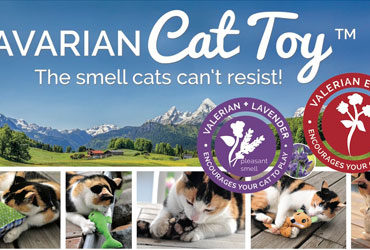 Cats in the News Bavarian Cat Toys Launched At Superzoo 2... 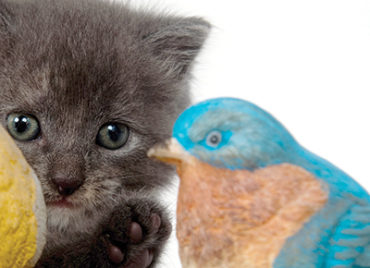