Meet Larry. This adorable cat is #10 Downing Street's resident cat who holds the important job of keeping the rodent population down. The Prime Minister's office regularly employs helpful felines, and has since the 1500s, but only Larry and one other cat, Humphrey, have been officially titled "Chief Mouser to the Cabinet Office of the United Kingdom of Great Britain and Northern Ireland." While Larry lives alongside the PM, he belongs to his job, and remains at his post despite the human leadership. He was adopted from the Battersea Dogs and Cats Home in the UK three years ago by the staff at #10, and has been enjoying his time and title since then. He acquired a colleague in 2012, Freya, who is the Chancellor of the Exchequer George Osborne's cat. It is reported that their working relationship has so far been successful.

According to Larry's press officer, "Larry spends his days greeting guests to the house, inspecting security defenses, and testing antique furniture for napping quality… In turn the nation sends him gifts and treats daily."

Keep up the great work, Larry! 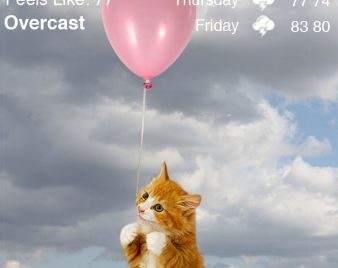 Cats in the News Weather Kitty App Adorably Delivers your... 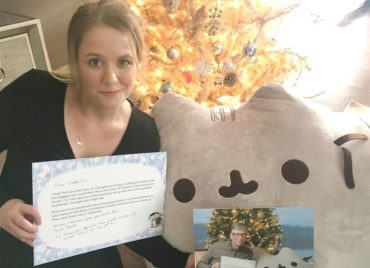