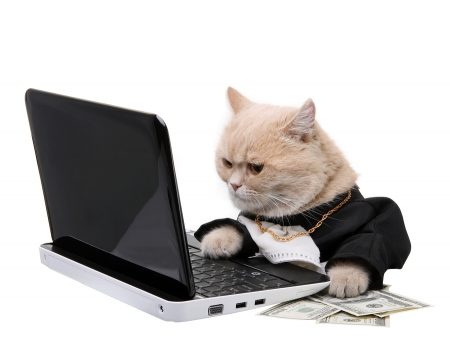 Orlando, a ginger moggy, has managed to outwit both a team of stockbrokers and a group of students in the British newspaper The Observer’s stock market challenge. The human teams chose their stocks by consulting newspapers such as the Financial Times, whilst Orlando relied on tossing a favourite toy onto a grid of numbers that represented a variety of stock options.  Orlando managed to generate the greatest profit on his initial investment, beating both the experts and students. Orlando enjoyed a particularly strong 4th quarter of investments – making savvy tech investments that turned his portfolio around. Just goes to show that it’s best to pounce at the right moment!