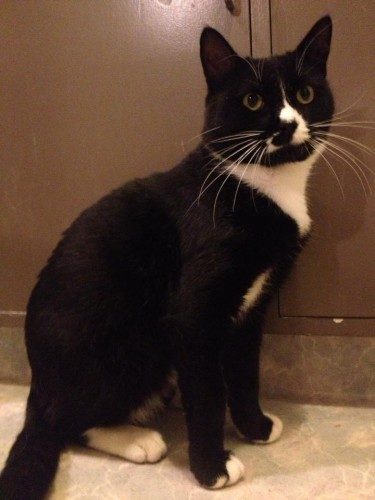 Meet Frankie, a Kiwi kitty who has been living in the parking lot of a New Zealand McDonald's for approximately a year now. Although Frankie had survived off food donations from customers, his condition was deteriorating, with a matted coat and swollen eyes and face. A SPCA volunteer took him home and had to wean him off his McDonald's diet, making it through several difficult days when Frankie refused to eat traditional cat food. Frankie is now looking for his forever home and is in better shape than ever, benefiting greatly from a balanced diet and some indoors napping. Find out more about Frankie and the Waikato SPCA here.