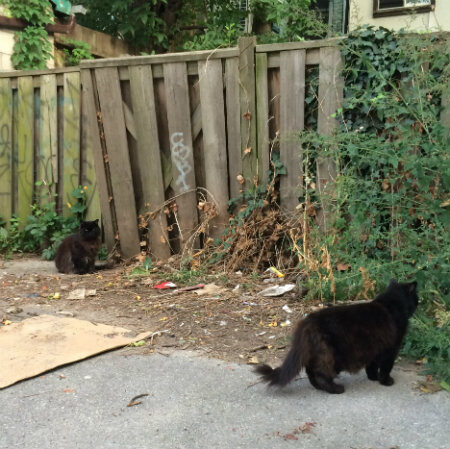 TNR Cats, What Does This Mean?

Have you heard the term TNR cats being thrown around? Cities and communities have struggled to find humane and effective ways to control the ever-increasing number of community cats. Previous solutions to the cat overpopulation problem have been ineffective at reducing or eliminating community cats.

TNR Cats – Trap and Remove: With this solution cats are commonly removed for euthanasia. Not only is it inhumane, but it also doesn’t solve the problem of unwanted cats. Instead, it leaves an empty ecosystem so that new cats replace the ones that have been removed and there will shortly be the exact same issues.

Feeding Bans: Some communities have introduced by-laws that ban individuals from feeding community cats.  When cats are deprived of their usual food sources they become increasingly desperate for food sources and will take more risks encroaching on homes or businesses.  As cats become malnourished they become more susceptible to parasites and disease.  Feeding bans also generally fail because they are difficult to enforce and many will simply refuse to stop feeding animals with whom they have developed a bond.

Relocation:  Whenever possible community cats are adopted into homes or taken to sanctuaries, however, there simply are not enough homes or spaces for all of the cats in many communities. Cats that have spent their lives living outside away from humans many never adjust to people and the compassionate thing to do may be to let them live out their lives in their outside environment instead of living in fear in a home for years. 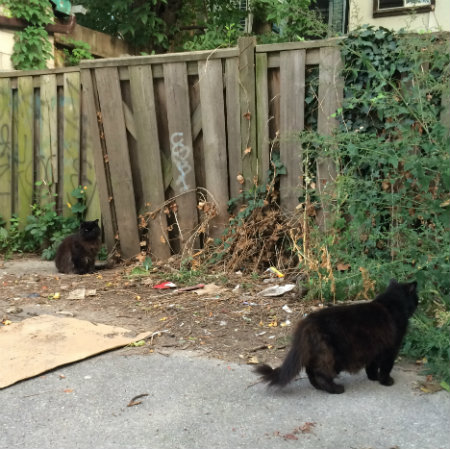 Doing Nothing:  Unmanaged cat colonies grow to the capacity of the resources of the colony. Community cat populations remain at the limits of resources the colony provides with some cats not surviving because of the competition for food.  Much like feeding bans, this leaves some cats vulnerable to disease and increases fighting within the colony.

None of these “solutions” actually solves the problem of cat overpopulation. Trap-Neuter-Return (TNR) is a solution that is humane and most importantly, it works!  For those that aren’t familiar, TNR is a program that traps community cats, neuters or spays them, and then returns them to the community where they live. Some of these cats are feral, some are abandoned strays, and some are just down on their luck lovable cats that there isn’t space for in homes or shelters. Unlike previous attempts that have been made by cities, TNR is already starting to reduce the number of community cats where it has been implemented.

As TNR cats programs are carried out the number of cats is slowly reduced through living out their natural life cycles. They do not leave generations of cats to replace them because they have been spayed and neutered. When a citywide program of TNR is in effect there aren’t increasing numbers of community cats around to move into the territories and spaces that then open up and the overall number of cats is reduced. Because it is humane and has proven effective TNR is the best way to manage cat overpopulation!