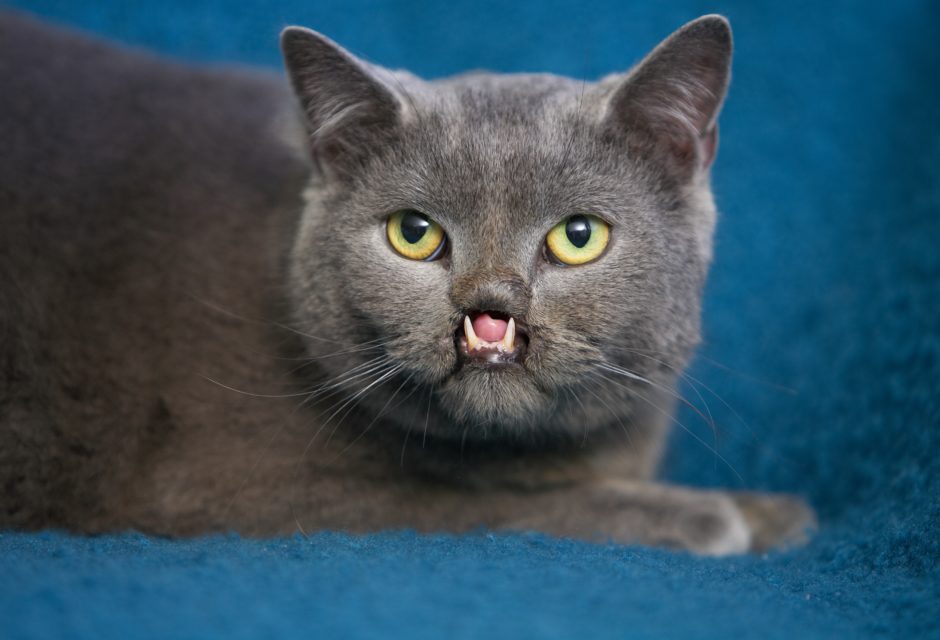 At the tender age of just 10 weeks, a little kitten with a severe bilateral cleft palate was found on the streets of Johnson City, Tennessee. Just how he had survived thus far is a mystery. Happening upon him, a student at East Tennessee State University (ETSU) plucked him up and, in a stroke of genius (or was it the fingers of fate?), called Cynthia Chambers, a woman known for her animal rescue efforts who also just happens to be a special educator.

“When I saw the little guy,” Cynthia says, “I was immediately overtaken with the fear that I was going to be told to put him down. I cried the whole way to the veterinarian’s office.” 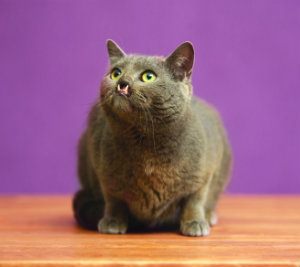 The vet, however, had another idea, despite the kitten having exposed bone in the roof of his mouth. The vet responded that Lazarus had lived this long so “why not give him a chance?” He prescribed an antibiotic, a nourishment plan, and flea medication, and off Cynthia and Lazarus went. Within weeks, Laz had grown healthy soft tissue over the exposed bone, gained weight, and was flea free, though his mouth still needed medical attention. Cynthia knew the little cat with the unique look needed an advocate and someone to love him dearly; she also knew that person was none other than herself.

Thus, she started the Facebook page Care for Lazarus to reach out to others for advice but also to seek assistance financially for what was expected to be a long and expensive process of getting Lazarus fixed up. Friends and support started pouring in. “To this day,” Cynthia says, “I don’t know what I would have done without the support of Lazarus’ Facebook community.”

Lazarus’ story spread like wildfire through various media outlets worldwide. Articles appeared everywhere from her local newspaper to the Huffington Post. Cynthia chalks it up to their unique story: “Given that I am a special educator who trains teachers to work with people with disabilities and then I rescued a cat with special needs, people became quite interested. Not to mention, Lazarus’ unique appearance quickly draws people in wanting to learn more.” 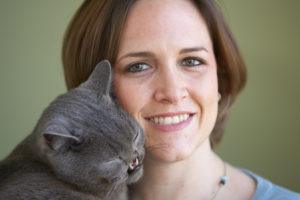 Lazarus’ looks are definitely unique but they do not impact his quality of life. Necessary surgeries were performed, but there are no plans for a full repair of Lazarus’ cleft palate because there is no medical reason for it—which is good, because Cynthia and Laz have a lot to attend to. Together they’ve started a range of service projects that will make you feel like a slacker. They started a program called Learning with Laz, which involves Cynthia and Lazarus talking to classes or groups about finding your own unique characteristics that make you special and accepting differences of others. They also run Laz’s Pet Supply Challenge, which is a worldwide program to collect supplies for animal shelters and groups. And locally, they make community visits to collect donations. They also have team members who set up donation sites to benefit their community’s animal rescue groups. In short, these two are busy.

It’s this triumph over adversity that has earned him legion fans; Lazarus’ appeal (beyond that very cute face) lies in the very lesson that Cynthia herself learned from him.

“I have learned that I can overcome any difficult situation with the love and support of people around me. We are stronger than we give ourselves credit for and if this little gray kitty can defeat the odds, then we can too!” 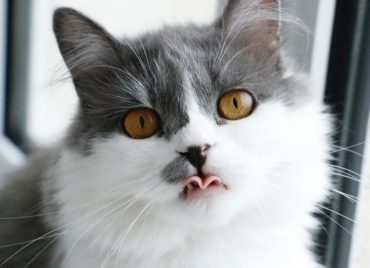 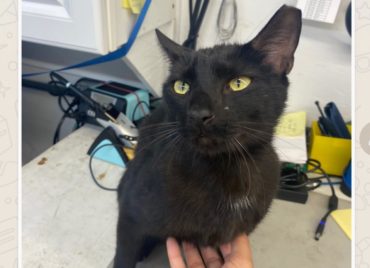 Cats in the News Binx the Cat Reunited with Family After ...
Comments (0)