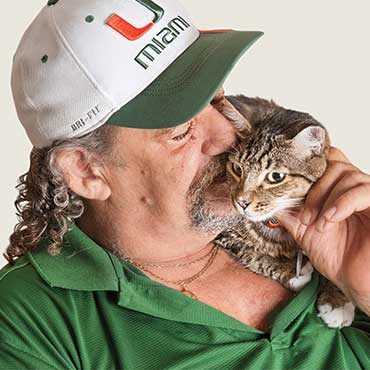 Brian Hayes, out there making a difference for cats in his community, will win you over

We love profiling unsung heroes, the people in our neighbourhoods quietly making a difference. Our Star Cat contest winner, Brian Hayes of West Palm Beach, Florida, who entered his former street cat, Cane, in the contest, is just one such individual.

“Cane came to me by luck, really,” Brian recalls. A client of Brian’s was feeding a stray and she showed Brian some photos and videos of the cat rubbing on her legs and giving her goo-goo eyes—and “it was love at first sight,” Brian says. He immediately agreed to take the cat—but first they had to catch him! “Two days passed and I had the sads,” he says. “They hadn’t seen him. I go home from work that day thinking I will never get to see him in person and just as I walk in, my phone rings and its Kim, my client, and they have Cane on their patio!”

Cane was so confident, friendly, and nurturing, that he didn’t need to be socialized at all. “He knew just what to do from day one. He is very intelligent,” Brian says. He even gets along with Brian’s cockatiel, Sunny.

Brian currently has eight rescues in his home. Six of them—Deuce, Smoke, Mister, Elsie, Jin Jin, and the newbie, Gabby—are from the feral colony he tends to.

“I am a total failure at finding homes for them,” he laughs. “I fall in love with them and can’t let them go.”

Despite having always gotten his critters from friends or the street, he didn’t consider himself a true rescuer until two years ago when he found his feral colony.

In another instance of serendipity, Brian’s sister Linda called him to tell him she’d seen a dead kitten on the road. Brian headed out to investigate. “I parked my car at the convenience store and walked with my shovel and bag to get the poor soul,” he recalls. But what he found instead was a dead squirrel—and a pretty tuxedo kitty, obviously feral, wide-eyed and scared but hungry looking, watching him. Brian went home to bury the squirrel then returned to feed the cat, and thus began his feral journey. Brian now looks after a total of 13 cats in what turned out to be a colony. He has set up three shelter areas, three feeding stations, and “they’re all sporting little fat bellies now,” he chuckles. 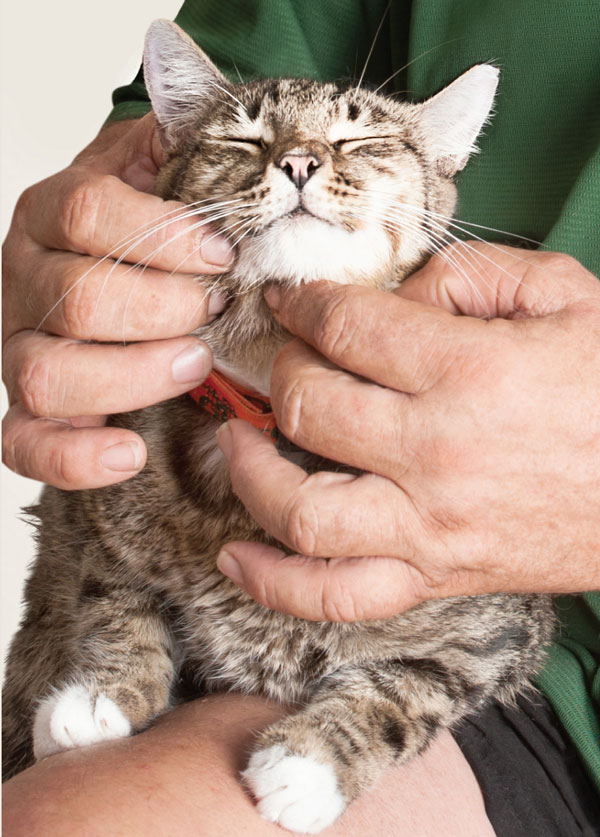 It’s a labour of love, and one undertaken largely at his expense. “My sister helps when she can and my Facebook groups, Paw Pride and Paws Up United, are a big help,” he shares. “They both know I’m not a wealthy man and will sacrifice my wellbeing for the cats, so they both have stepped up and been there for me since day one.” But the help he likes the best is when strangers walk up to him and give him donations or money to buy food. “I had a guy two weeks ago give me three big bags of Meow Mix,” Brian says. “Every time it happens I cloud up a bit, so grateful that people see what I do and appreciate it.” But the help comes in waves. Brian pays for 60 to 70 percent of the food and all of the vet bills. “There’s a lot of sarcoptic mange in my colony but I have got it under control for now,” he reports. “I never ask for help or fund raise.”

He does, however, have advice for people that would like to help the stray and feral cats in their neighbourhoods or communities: just roll up your sleeves and get out there. “I’m a big believer in ‘just do it’—ya see a stray cat, feed it. I carry food with me all the time. There are feral colonies right near everyone’s home, I promise you. Just look and you will see.”

He asks that you “never rule out strays or ferals or old cats. They all have a place in our lives and they all deserve a dignified life and a good home. Cats will adapt to almost any situation given respect, time, and love—but remember it’s no longer your house it is theirs, he laughs. “Please spay and neuter your pets,” he continues. “There are so many low cost programs or grants where you can get it done for free. We will never stop this endless cycle without a little effort.” 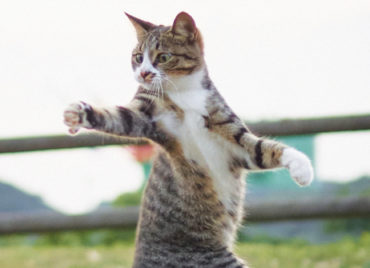 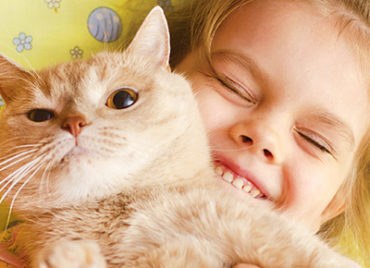